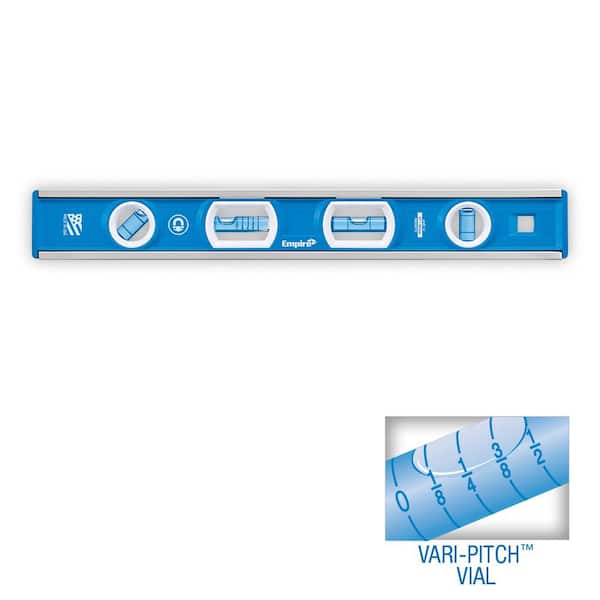 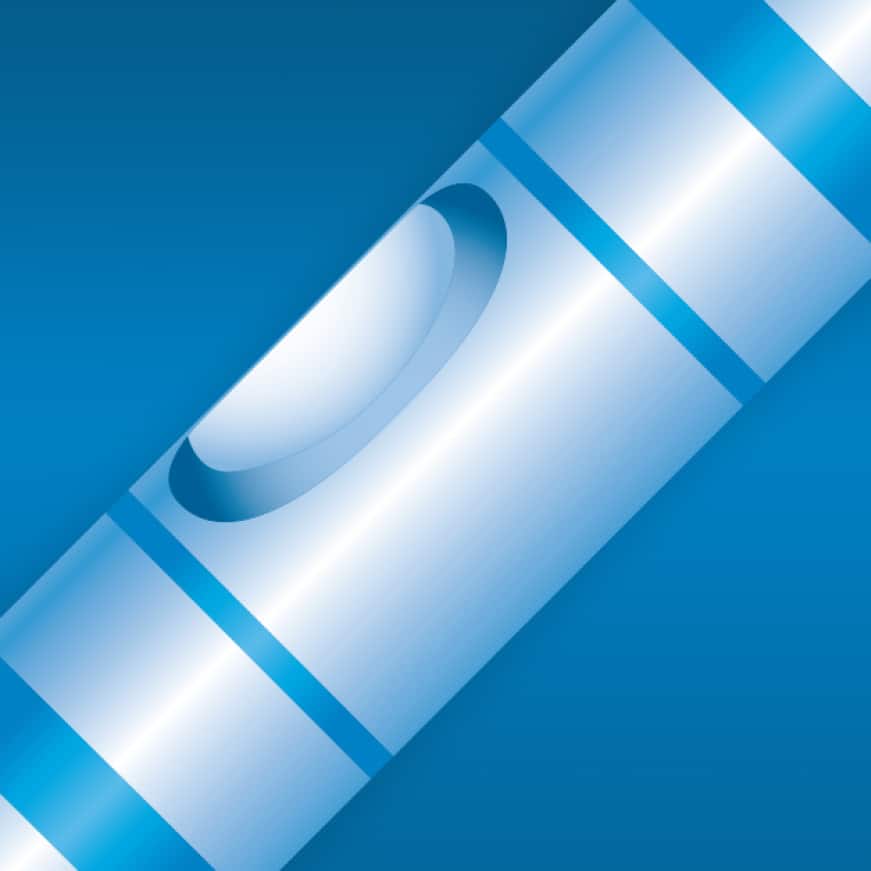 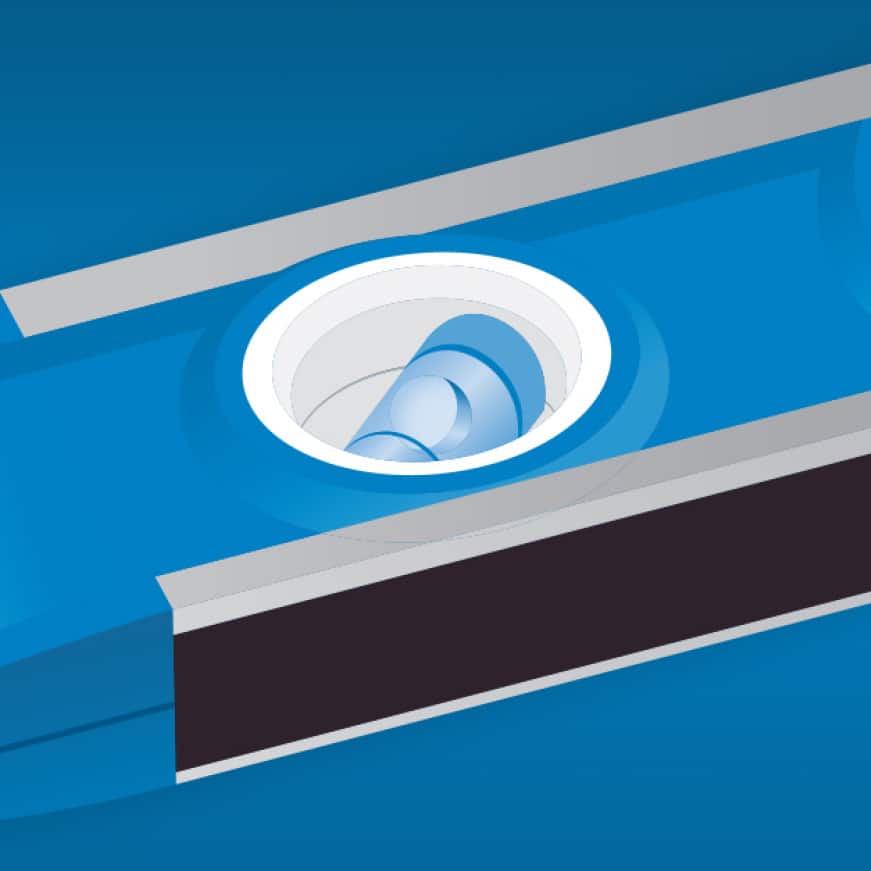 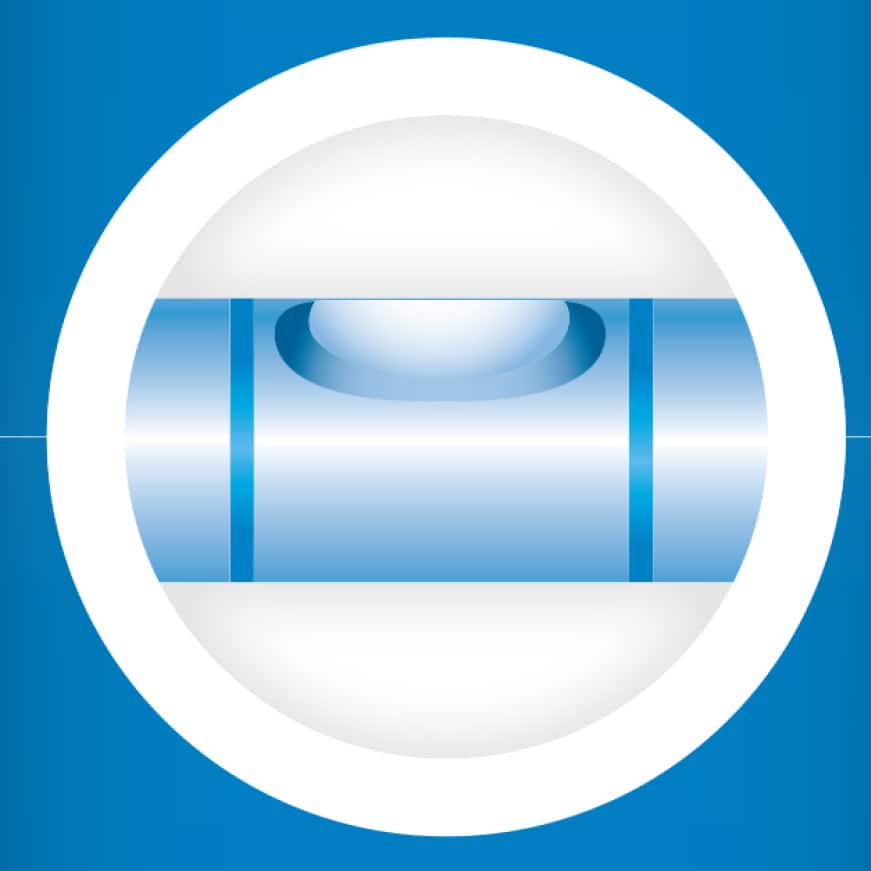 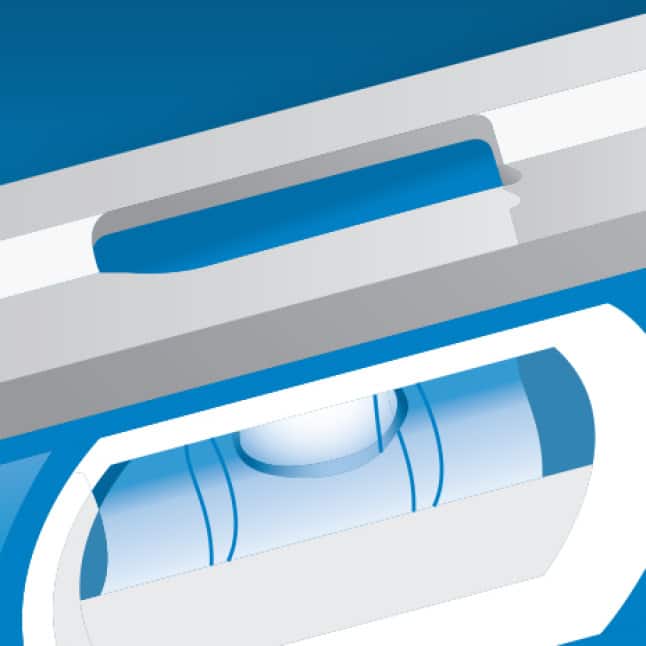 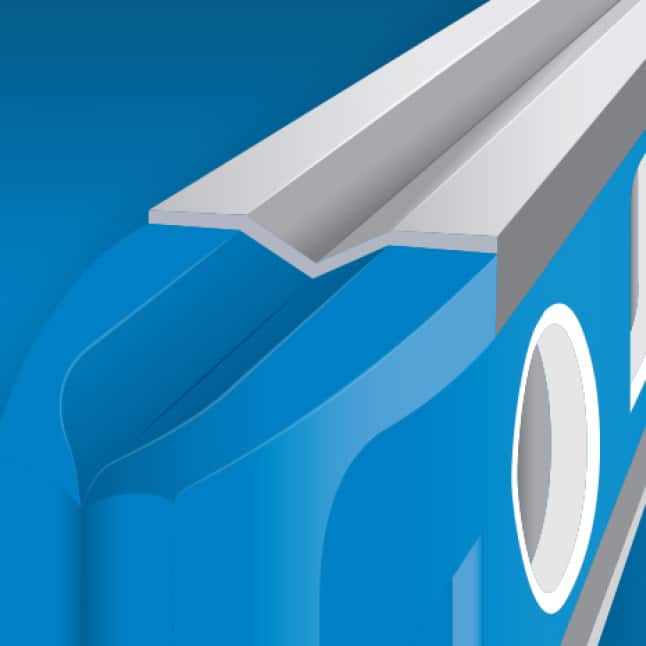 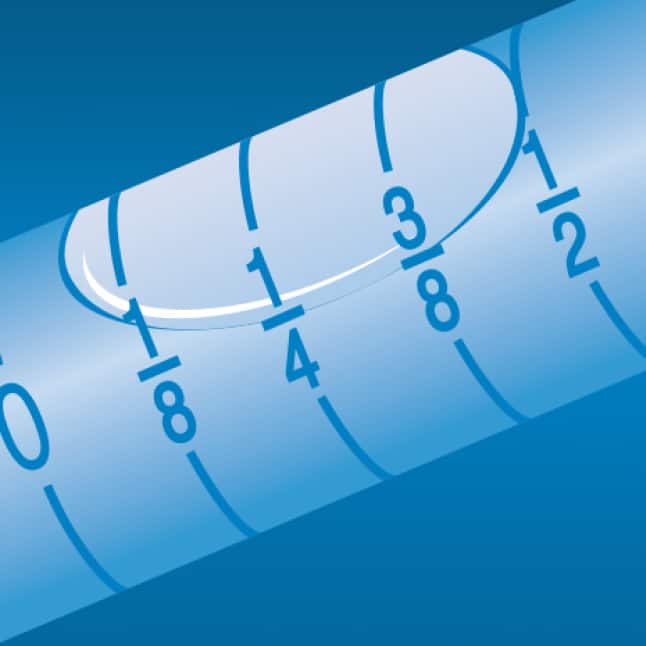 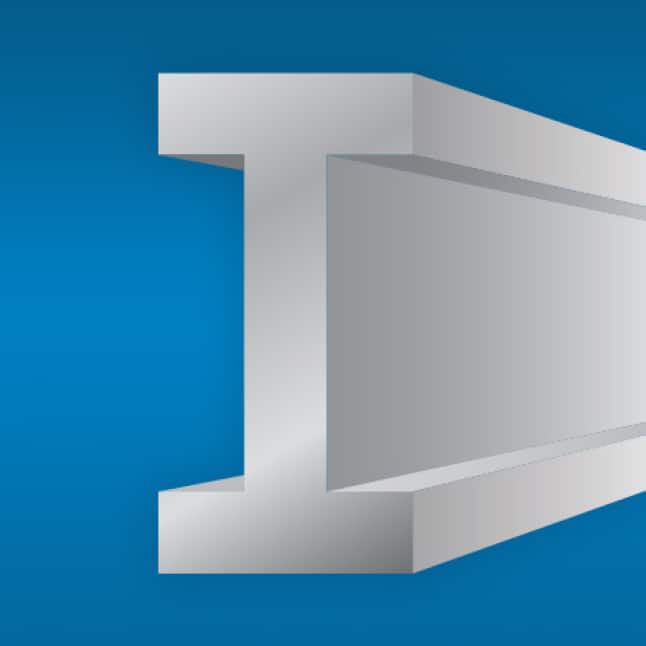 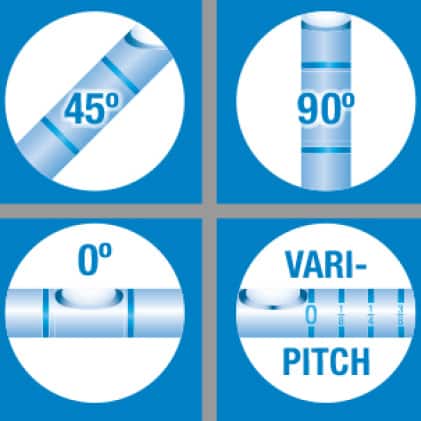 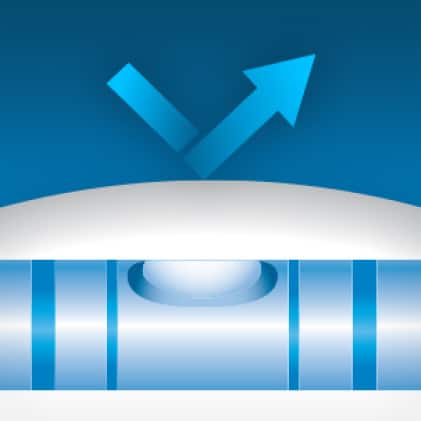 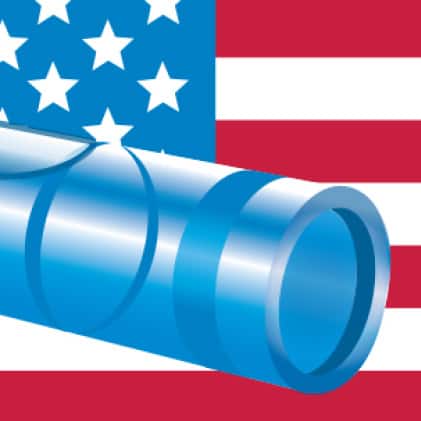 e-BAND Vials Made in USA 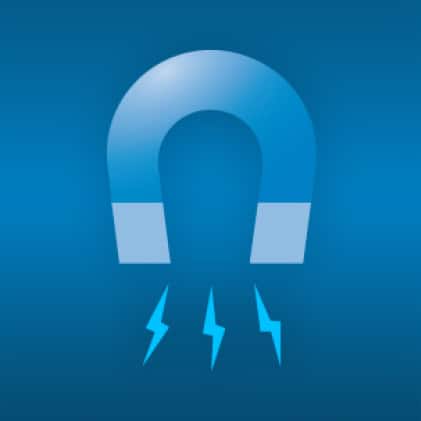 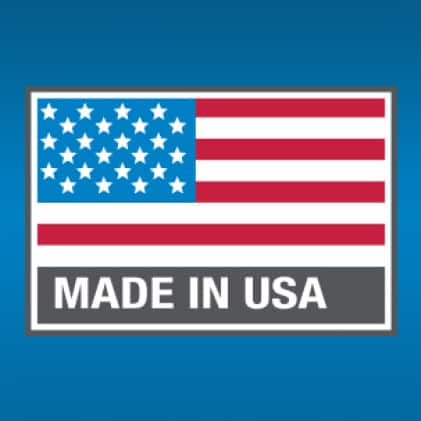 Proudly made in Mukwonago, WI 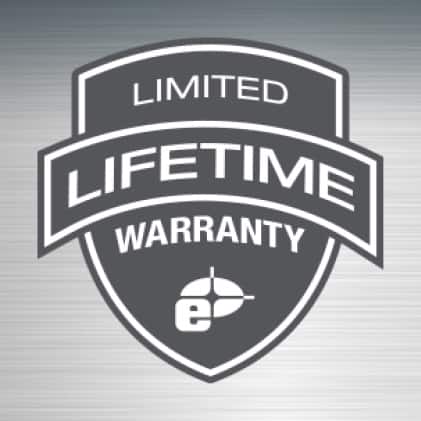 Designed to fit easily in your toolbox and handle almost any leveling need, the Empire 12 in. True Blue Magnetic Tool Box Level features a Vari-Pitch vial that reads slope or pitch in inches per foot. This makes it ideal for setting up a grade or measuring a slope. The True Blue blue-banded vials and top-read window help provide easy readings and the full-length aluminum frame offers exceptional durability, making it able to withstand a 10 ft. drop onto concrete and still maintain accuracy.

Manufacturer Warranty
Empire True Blue Levels have a lifetime warranty to be free from imperfections in materials and workmanship.

All bubble levels should have the bubble centered in the vial. This level has a feature that helps determine how far out of level the object you are checking. The markings allow you to adjust the object to level be suggesting how far out of level it is. The level is only one foot, so if you are working with an object that is several feet long, the actual adjustment will be greater than what is listed on the vial. This is my favorite level when working with small objects such as drawers and drawer slides, as well as door adjustment with European hinges.

What is the weight of this item?

1 person found this helpful
Oct 17, 2017
Ease of use
Ease of use
by Dan
1 person found this helpful
Nov 8, 2016
Great Quality Torpedo Level
This is a good looking level and passes true in all positions. The "out-of-level" notches are accurate, but I would still double check against true-level if you're trying to pitch anything, just to make sure. The 45 degree tests true as well in both directions. My picture shows I'm just a hair off, but still on the line, of a piece that another torpedo level read as true. The magnet is solid, but not ridiculously strong, which is a positive.
by Anroyals

8 people found this helpful
May 4, 2016
GOOD ALL-AROUND LEVEL, ACCURATE READINGS, FANTASTIC QUALITY
I love this level; from the moment I first picked it up, it has a nice weight to it and I knew that it's built well and solid. So I have no worries of it breaking. The vials are true blue which makes it easier to see the contrasting bubble inside even from some distance away; the bubbles are very accurate. I like that it has a choice of 4 vials which enables to check the leveling at the different angles. Good to know it's made in USA; I'm sick and tired of buying things made in China. I have used this level to hang a glass shelf above the A/C unit in my living room. Will use it again to install shelving in the kitchen and bathroom. Perfect!
by Qwizz220

4 people found this helpful
Mar 8, 2016
Handy for medium size block wall construction
Grabbed this level for individual block level checks as I built a 60+ foot long retaining wall and a firepit. Perfect size for my required use.
by HomeDesignAmetuer

2 people found this helpful
Jul 20, 2015
Great small level, love the VARI-PITCH vial feature
I have owned the 24" and 72" Empire e2G series box levels for a few years now and love them. They are large and beefy and the design with the handles and rubber bumpers makes them great to work with. What I have been lacking is a smaller level, for smaller projects or tight spaces. I do have a small cheap torpedo level that seems to work, but despite it's apparent accuracy, I never really trust it, and I wanted a slightly longer level. (in my photos, you can see the width of the lines on the cheap yellow level are much wider than the bubble, whereas the lines on the Empire are right next to the bubble) This 12" Empire is great. It's a nice handy size that is relatively compact, but large enough to give me confidence when checking different surfaces. The one feature that I didn't even know about when I ordered it was the "VARI-PITCH" vial, which has markings for 1/8" - 1/2". I have wanted that feature on every level I've used. I can see that something is off, but I was always guessing how much. Do I adjust 1/8"? Or is it 1/4" off? It was always a guessing game and you just had to hold the level in place and slowly adjust, or place the level on the workpiece and slowly adjust the piece, guessing on the amount until it becomes level. The VARI-PITCH feature is awesome--I can't believe it hasn't been standard on levels for years. The feature is described on the box as being for setting drainage, but I'll definitely use it for leveling. I think this feature alone will make this my favorite level, and well worth the very reasonable price for this model. The magnet on one side is plenty strong enough to hold the level securely and firmly to a magnetic surface. Fantastic little level! I love it!
by L111

4 people found this helpful
Jun 30, 2015
Great little level
Just picked this up for plumbing my bath and kitchen. What a good choice. This level has 4 vials each showing a different level at hand. All are clear and bluish in color. The level itself has a magnetic strip on one side and a grooved side. The grooved side has 2 windows for viewing the level from above. Making it easier when in a tight spot or working above and below. This is an Empire tool. Which I have come to respect. Empire makes quality tools which I rely on. These are solidly constructed tools with excellent features. I have several and have not been disappointed.
by HandyAndy2010

The Empire EM70.10 True Blue heavy-duty torpedoThe Empire EM70.10 True Blue heavy-duty torpedo levels features a tough all metal frame to stand up to tough jobsite conditions. High strength rare earth magnets deliver a strong hold to metal materials. The em70.10 also features a top ruler and pipe groove that is compatible with any straight edge to extend the working surface for measuring and scribing, while surface grip provides stability against any material. e-Band vials highlight the meniscus of the bubble to prove a clear reading at plumb and 45° and level. The em70.10 made in at Empire Level in Mukwonago, WI and backed by a Limited Lifetime Warranty.See Full Product Description

Savage Torpedo Levels are second to noneSavage Torpedo Levels are second to none in the industry. Unleashed by Swanson Tool Co. The Savage line is the latest in innovation in the leveling and layout category of tools. Known for our intelligent design, innovation, accuracy and durability Swanson Tool Co. has taken it to the next level.See Full Product Description