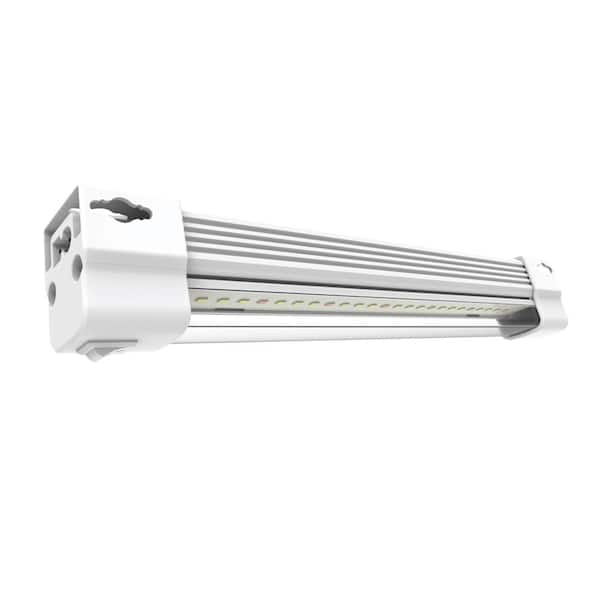 Grow better, stronger plants with the Feit Electric GLP12FS/VM/13.5-Watt/LED full spectrum grow light fixture. Rated for high humidity, this plant light is ideal for soil or hydroponic gardens, assisting all phases of indoor plant growth. Full spectrum wavelengths promote photosynthetic response, and bulbs are integrated directly into the fixture so you will never need to replace. Each lightweight fixture is linkable, with up to eight total, and comes with a 5 ft. plug in. cord and a 6 in. hanging wire harness. Our energy-efficient LED grow lights last 25,000 hours / 22.8 years and put out little heat, saving your crop from burn damage. Choose a no humming, dependable grow lighting fixture for your hydroponic needs.

Do your plants need more light to help themDo your plants need more light to help them grow? Are you tired of replacing incandescent grow lights? If so, Stonepoint LED Lightings LED grow lights are the perfect solution. Our linkable 24 linear light is cooler than incandescent grow bulbs. This means you can keep the light closer to the plant without burning it. There is less water evaporation, so your plants will stay moist longer. With the integrated LEDs you will not have to replace any bulbs and the LEDs will last longer than other grow light sources. Our full spectrum light emits spectrum wavelengths of blue for vegetative growth and red for flowering growth. You can link up to 360 Watts. There is a pull chain, U-Ground outlet for linking, and 5 AC cord. Our energy efficient LED linear grow light will help save you money, while helping your plants grow.See Full Product Description