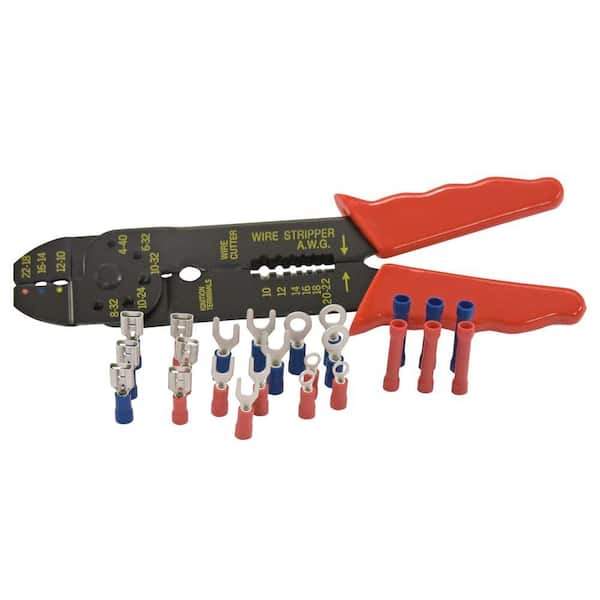 This tool and terminal kit include a handy tool that cuts and strips copper or aluminum 10-22 AWG solid and stranded wire, crimps coax and cuts and rethreads bolts. Kit also includes the most popular sizes and types of terminals for jobs around the house and under the hood. These quick and reliable crimp-type ring and spade terminals, female disconnects and butt splices feature vinyl insulated barrels and are color coded by wire gauge size. Terminals are cULus listed and rated at 600-Volt with a temperature rating of 167° Fahrenheit (75° Celsius). Kit includes 3 each ring and spade terminals, butt splices and female disconnects in 22-16 AWG (Red) and 3 each in 16-14 AWG (Blue) for a total of 24 terminals and one tool all packaged in a handy reusable organizing case.