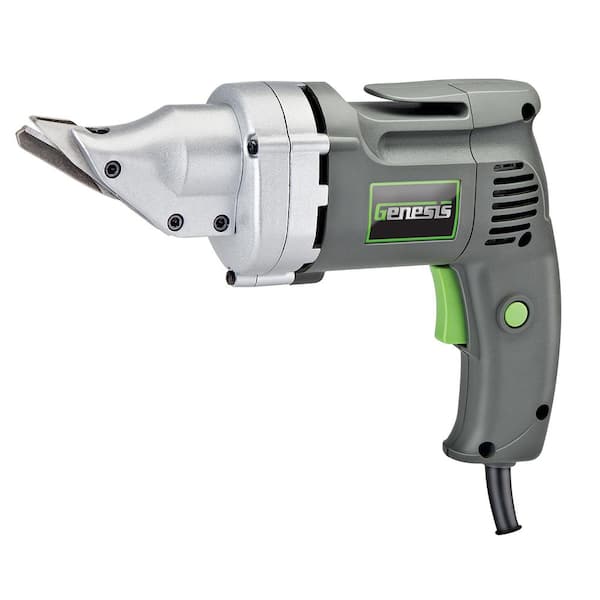 The Genesis Corded Metal Shear allows you cut sheet metal faster and safety. The variable speed trigger helps you to control the cutting speed. The standard 2-year warranty with this tool means you can buy with confidence. Perfect for the project where you need the convenience of cutting sheet metal without straining your hands with traditional cutters. A swiveling head lets you cut curve that give a smooth clean appearance.