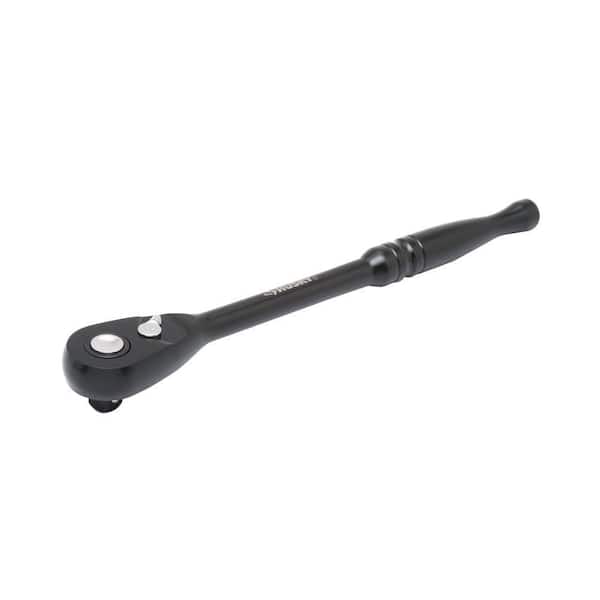 This ratchet features an industrial-quality design backed by a lifetime warranty.

There's no angle that this versatile ratchet can't handle because it offers a 100-position design.

Contoured Handle for Comfort and Control

This handle is longer and elegantly contoured to fit comfortable in the hand while delivering incredible control.

With a narrow arch swing of just 3.6 degrees, this Husky 100-Position 1/2 in. drive ratchet provides access to turn fasteners where other ratchets can't. Supported by Dual-Pawl technology, its handle is 10 percent longer than others for an increased access to hard-to-reach fasteners, improving overall leverage. The industrial-grade black finish gives the tool a sleek look while adding durability and corrosion prevention.