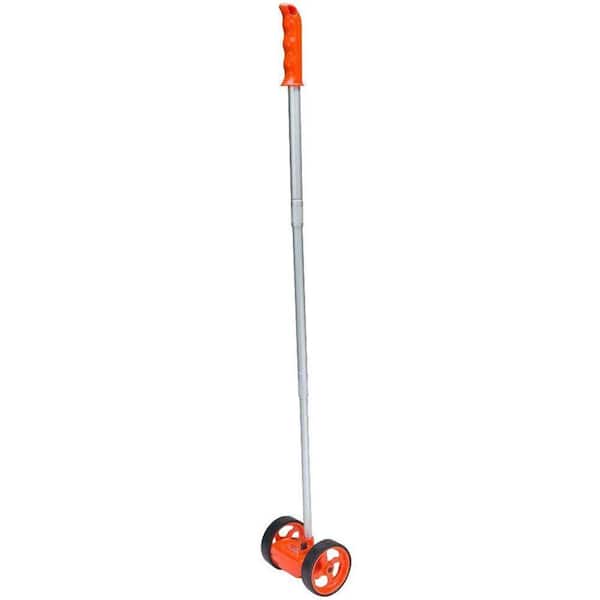 The Lufkin 4 in. ABS Plastic and Aluminum Measuring Wheel may be used on curved, horizontal and vertical surfaces for versatility. It even keeps pace with you and is designed to measure as quickly as you can walk. Equipped with a calibrated counter, the wheel ensures accurate estimated measurements.