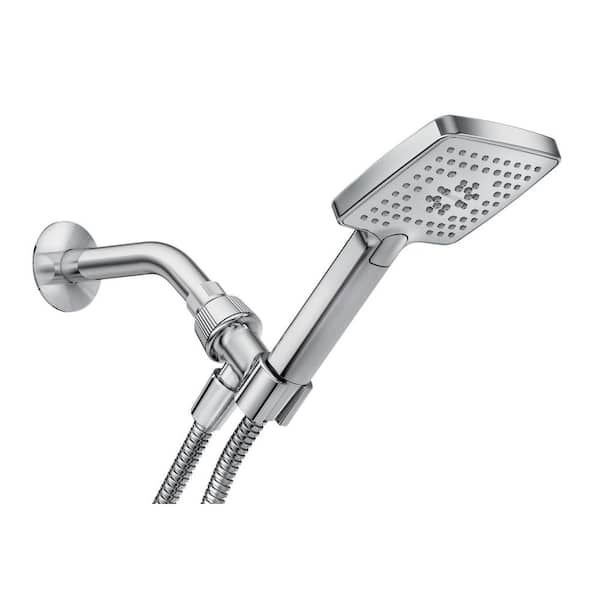 The Genta bathroom suite offers a streamlined design with a contemporary feel that's both elegant and practical. Enhance your showering experience with the Genta 3-spray handheld shower in chrome. This modern, sleek design will create a luxury look in your shower while also providing you with on-demand flexibility. The 60 in. hose included is kink-free and operates smoothly for seamless water delivery. The 4 in. square sprayface, modern in its design, also provides a generous full spray. and the integrated push button on the spray handle allows you to change the spray setting easily. The Genta 3-Spray Handheld Shower is also EPA WaterSense certified to conserve water without sacrificing performance.