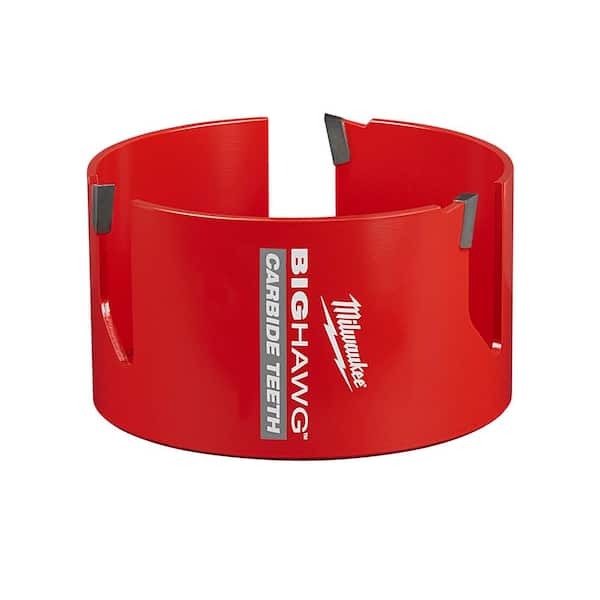 1
Filter by:
Showing 1-30 of 204 reviews
Aug 17, 2021
Not 1000 Nails
These hole saws seem to have gone downhill. They used to be the only one my guys would use. But now they are chipping on nails almost before the paint on them has any time to get scratched
by
Response from Customer ServiceAug 20, 2021
Hi HVAC Purchaser, we appreciate your review. We will be in contact with you for more information. -Cayla with Milwaukee Tool

Customer review from milwaukeetool.com
Mar 26, 2021
Sure
Good tools allways buy since 2004 And till today day
by

Customer review from milwaukeetool.com
Mar 24, 2021
Nice
[This review was collected as part of a promotion.] This carbide teeth tool was built to last and withstand a lot of damage . I needed to make a hole in the roof of my house to install a small exhaust vent in the attic to allow some of the heat to escape from being in the hot Florida weather . I cut a nice perfect hole with ease and even had no problem going through existing nails that where hammered in with other roof projects on the house . Not having to remove each nail was nice and made my job a lot easier and quicker . It attached to my drill with ease and was quick and easy . I had the hole cut out in less than 3 minutes.
by

Customer review from milwaukeetool.com
Mar 18, 2021
Best coring tool I have used.
[This review was collected as part of a promotion.] As someone who frequently does plumbing work, I am constantly using coring tools in order to install pipe through walls. The Big Hawg with carbide teeth by Milwaukee is by far the best coring bit I have ever used. It easily and quickly makes holes in wood regardless of embedded nails. The quality and durability is unmatched and is well worth the purchase especially for anyone who frequently drills holes through wood with nails. I would highly recommend this product!
by

Customer review from milwaukeetool.com
Mar 18, 2021
Perfect circular cuts
[This review was collected as part of a promotion.] In order to use this, obviously you have to own or buy the attachment for that kind of bit. Fortunately I have the attachment. As far as functionality goes, it works great. It does exactly what it’s supposed to do. It cut like butter with such ease. Perfect circles. So easy to use, easy to attach and makes perfect holes.
by

Customer review from milwaukeetool.com
Mar 15, 2021
BIG HAWG
[This review was collected as part of a promotion.] Received this item a few days back had to buy New Arbor for it from local hardware store and like always they ordered wrong part so still waiting on New Arbor, did have the chance to use same item from a local contractor and it worked very well the unit it self is well constructed and cuts thru in seconds
by

Customer review from milwaukeetool.com
Sep 4, 2021
Love these bits
Idk if I would use these for single or cement board due to cost, but a set of these have lasted me over 18 months in New construction plumbing through wood nails and screws.
by

Customer review from milwaukeetool.com
Sep 4, 2021
Great drill bit
This but worked great and sped thru my job I was on
by