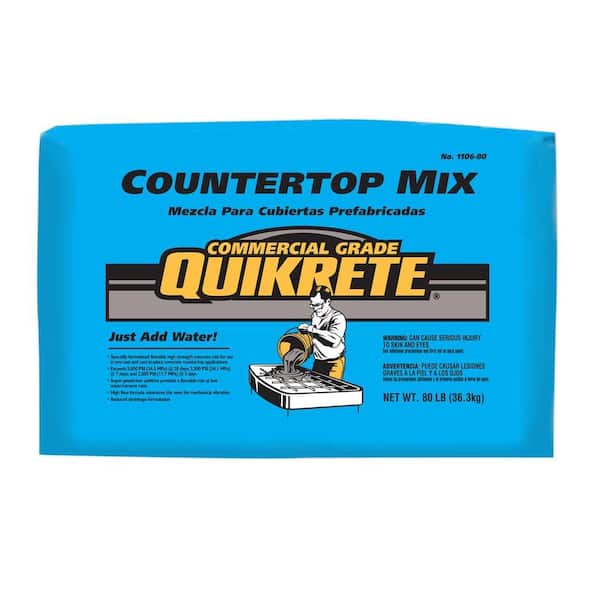 Complete Your Concrete Project
Add gravel, studs and all other materials
Concrete Calculator

Quikrete 80 lb. Commercial Grade Countertop Mix is used to create a pre-cast or cast-in-place concrete countertop. This product features a super-plasticizer additive for a flowable mix at a low water-to-cement ratio.

Rapid Set Cement All is a high quality, durable,Rapid Set Cement All is a high quality, durable, easy-to-use, multi-purpose repair material that can be used for almost any type of concrete work, including concrete repair, grouting, anchoring, casting, underlayment and more. It is ideal when rapid strength gain, high durability and low shrinkage are desired. Cement All sets in 15-minutes and is ready to drive or build on in 1-hour. Durable in wet environments, it can be applied from featheredge to 4 in. thick. Cement All is a blend of high performance Rapid Set cement with fine graded sand. Cement All offers superior resistance to chemical attack. It is non-metallic and no chlorides are added. Cement All allows the repair area to be painted, coated or sealed soon after application. Under dry conditions, water-based coatings such as latex paint can be applied after the product is hardened, which usually takes 1-hours to 4-hours. Solvent-based and impermeable coatings such as oil based paint and epoxy can be applied in 16-hours.View Full Product Description