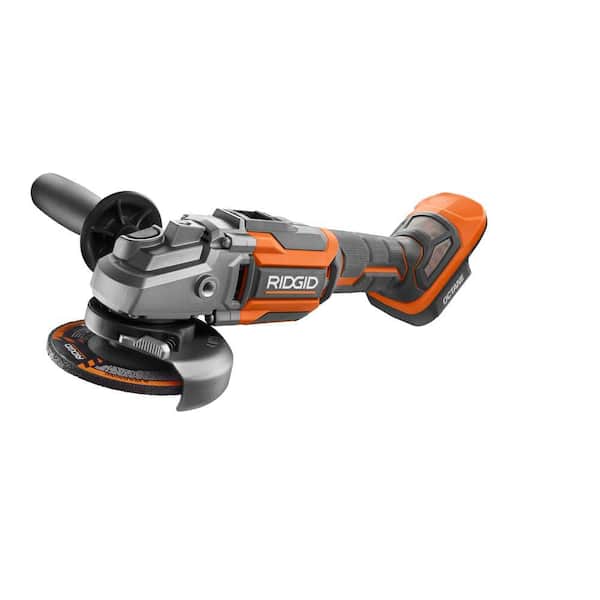 The DEWALT 20-Volt Max Lithium-Ion 4-1/2The DEWALT 20-Volt Max Lithium-Ion 4-1/2 in. Cut Off Tool (model DCG412B, tool-only) is ideal for a wide range of construction, maintenance, repair and automotive applications. This versatile tool is designed for electricians, mechanical contractors, ironworkers and automotive mechanics tasked with cutting, grinding and finishing metallic materials. It delivers 8000 RPM for fast cutting and grinding applications and features a quick-change wheel release that enables wrench-free wheel changes. Additionally, the device offers a tool-free adjustable guard that allows safe and quick repositioning of the guard without the need for a tool or key. A 2-position side handle offers increased control and comfort.See Full Product Description

Squeeze into tight spaces to singlehandedlySqueeze into tight spaces to singlehandedly complete tasks with this shallow-profile compact grinder from DEWALT. When 2 hands are better, grip the (removable) side handle to apply more pressure and stability. A simple on/off switch engages the 7 Amp motor on this small-angle grinder, delivering a robust 12,000 RPM. Attach, rotate and secure the One-Touch guard into one of several positions without any tools. Easily affix or remove 4-1/2 in. discs onto the flange with included wrench.See Full Product Description