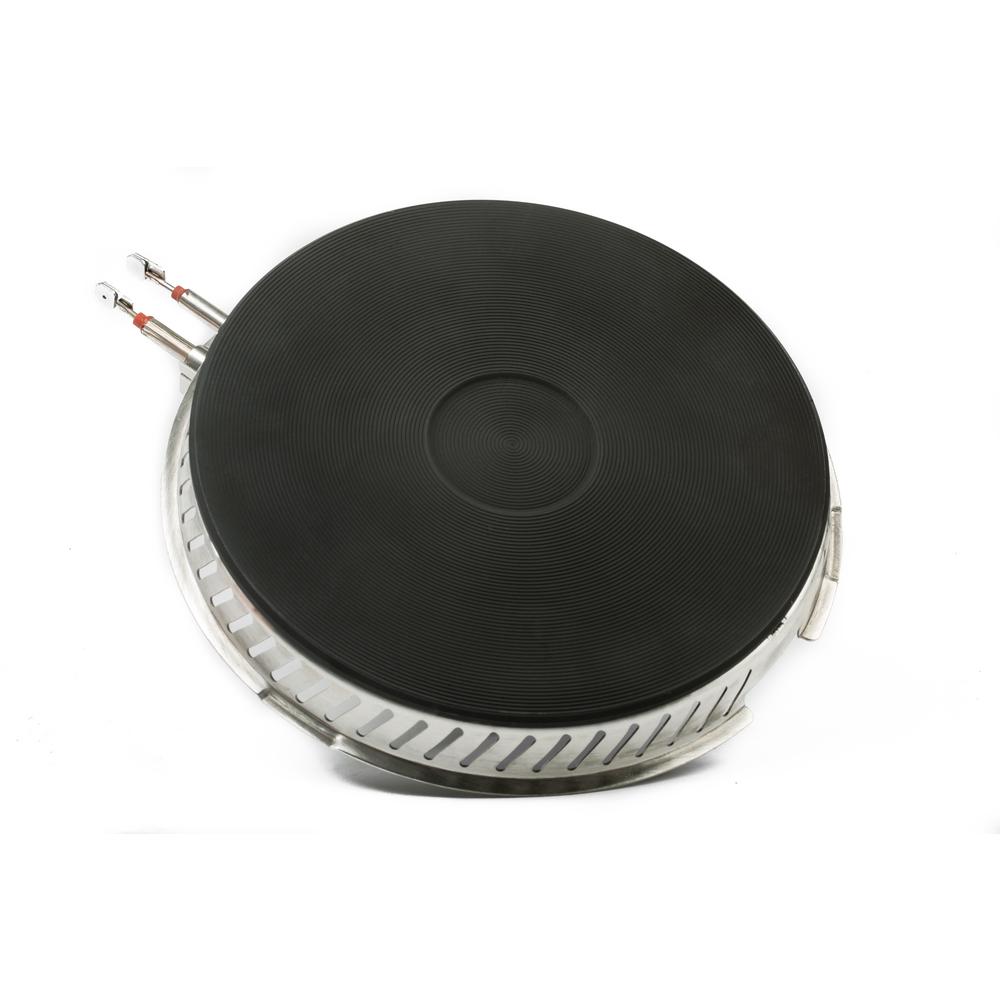 Cooking is the leading cause of all household fires, the leading cause of fire-related injury, and the second leading cause of fire-related death.  SmartBurner helps save people and property. With patented temperature limiting control (TLC) technology™, SmartBurner easily replaces electric coil elements and prevents the burner from reaching the temperature at which most cooking oils and other household items ignite. SmartBurner's technology has been installed in more than 300,000 homes and apartments across North America without a single reported cooking fire. Don't wait!  Protect your family and your home from cooking fires today! From North America’s leader in cooking fire prevention products and technologies, SmartBurner has been sold commercially for years.  SmartBurner already protects hundreds of thousands of kitchens in Seniors Residences; Colleges & Universities; Public Housing; Hotels & Motels; and the U.S. Military.  SmartBurner has also been tested, validated and endorsed by some of the most respected safety organizations. Keep your family and home safe with SmartBurner! Includes: Four (4) cast iron cooking burners - two 6-inch burners & two 8-inch burners; Four (4) standard stainless steel rings; Four (4) alternate stainless steel rings; and a Care & Use Manual.

Why aren't these sold indivdually for poor apt dwellers? Who can afford 4 at a time!

June 9, 2019
Quality :
5
Seeds Program Review
(What's this)
Most of my apartments have gas ranges but a few are electric. I never realized there was a potential for fire when coil elements can reach excessively high temperatures. My range at home is electric so I decided to give these a try. The SmartBurners are designed to replace the stove’s electric coils but not the drip pans. Drip pans vary from model to model so they've included two different sets of stainless steel rings. The set of standard rings that have been factory installed on the four burner plates are compatible with most major brands sold in North America. General Electric and GE-Type* stoves have drip pans that will require the second set of rings, included. If your stove is a GE-Type stove, remove the factory-installed rings and replace them with the second set of GE-Type rings. I have a GE range and the change-over took seconds. The new elements simply plug in. Unlike coil elements these don't glow red when hot and they retain their heat much longer. Be very careful. I noticed, when boiling water, these don't reach temperature as quickly as coil units but the water does achieve a roiling boil. My touchless temperature gun maxes out at 1000 degrees so I was unable to get a true temperature of the coil units. Pioneering Technology Corporation warrants that the product is free from defects in materials and workmanship when operated and maintained according to the instructions provided for a period of One (1) year from date of purchase for residential use.
Pros: Easy Installation
Cons: no indication when hot
Was this helpful?
1
0
Trogo
Knoxville, TN

These cast iron burners are a great way to revitalize a tired cooktop. I have a 30-year old coil ...
May 29, 2019
Quality :
5
Seeds Program Review
(What's this)
These cast iron burners are a great way to revitalize a tired cooktop. I have a 30-year old coil cooktop that still works fine but the coils have warped so much that the pans won't sit on them without wobbling. I wanted to try the SmartBurner not so much for its fire safety but for the flat cast iron tops. Installing them was pretty easy. The standard-height rings worked with my cooktop and drip pans. The fit of the rings into the drip pans was tight, so I have to push the SmartBurner as far as I could into the connector before pushing it down into the drip pan. As the instructions stated, I initially heated them on High for 10 minutes to cure the coatings. According to my infrared thermometer they got up to around 860 degrees on High with nothing on them. There was a mild "hot odor" while they were curing so it's best done with the windows open. The product literature implies that the burners won't get over 662 degrees, but two of my thermometers disagree. It's possible the behavior would be different when cooking on it, since the pan would be absorbing some of the heat. I checked to see how fast they would cool off. From being on High, after being turned off for 5 minutes they were still 550 degrees, and after 10 minutes they were still 420 degrees, after 30 minutes were 200 degrees. The instructions that you can turn off the burner and use residual heat to keep cooking, and to be careful of them even after turning them off are correct. I really like the way these burners dress up my cooktop and am glad I don't need to worry about wobbling pans any more. They come with a one year warranty and are made in China.
Pros: Easy Installation, Nice Design, nice looking, heat evenly
Was this helpful?
8
0
JOHN
Seminole, Florida

So far ok. Definitely hotter than my old coils. Have...
February 27, 2020
So far ok. Definitely hotter than my old coils. Have only used a few times.
Was this helpful?
0
0
The Home Depot Reviewer Program
(What's this?)
Vertigo
Nice improvement to coil stove in apartment
February 25, 2020
Quality :
5
Value :
3
Live in apartment, so you get what you get as far as appliances. Coil stoves are unsightly, heat unevenly, involve more cleaning, and can be wobbly or uneven. I'm not sure that anyone buys coil stoves for personal use, unless they do canning or perhaps cook a lot with cast iron and don't want to damage a glass top. Prior to buying these burners, I had previously used aluminum diffuser plates to help with the some of this (primarily the uneven heating, to avoid hot spots), but still had a wobbly/uneven cooking surface. I'll start with the downsides, since it's a short list: 1 - They do heat up a little more slowly than coils. Since I was already used to the aluminum diffuser plates, the heat up time was slightly longer with the 8" burners, and the 6" burners are actually faster with the Smartburners. It should also be noted that the Smartburners are a lower wattage than the original coils, so the overall energy consumption is less despite being slightly longer for the 8" burners. I'm not sure how big the difference is compared to bare coils. I'm also running on 208V rather than 240V, which cuts power by 25%. Some of the negative reviews in various places complain that they couldn't get water to boil. I was able to get 6-cups to a boil in less than 10 minutes. On 208V. And yes, they are rated for use on 208V. 2 - While the heat up time is a little slower, the cool down time is significantly slower. When you get up to temp, say boiling water, you'll want to turn the heat down more aggressively that what you are used to. Once you are done cooking, the burner plate will stay hot for quite a while. I'd say after 1/2 hour they are still too hot to handle, but won't burn you immediately if you were to touch it. Upsides: 1 - They look nice. Some complaints that the plates sit up high, but I have a GE stove that uses the lower-profile rings (included in the package). They sit at the normal level. If you are concerned about height and don't have a GE stove, this could be a negative. 2 - The heat seems very even, which was one of my main objectives 3 - The rings have narrow slots, so liquids or powders could still get down into the drip bowls. But there is still less opportunity for this to occur compared to coils, and the burner surface itself won't allow anything to fall through. It has been much easier keeping the stovetop looking clean. 4 - Probably the biggest improvement is that these burners are quite heavy, which makes for a nice solid, stable surface.. No wobbliness or unevenness. The textured surface also reduces the opportunity for cookware to slide. 5 - Bonus: these are actually marketed as a fire-safety device. I bought them for the other 4 reasons, but the added safety is certainly a big factor in its favor and might be particularly important to some people.
Was this helpful?
1
0
KSU01