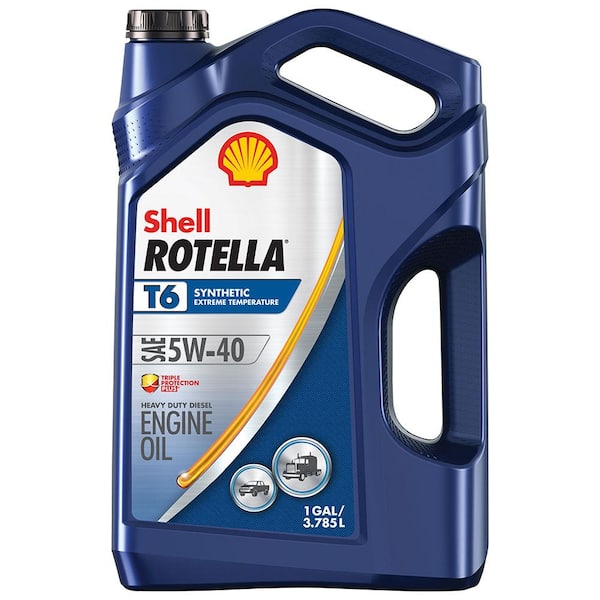 Manufacturer Warranty
Limited time offer - up to 10 years or 500,000 (whichever is first)

Customer review from rotella.shell.com
Oct 8, 2020
Best oil for my custom 1991 Volvo 740 turbo
I've been using shell rotella t6 5w40 for about a year now and this oil is awesome! Run it in my 1994 jeep grand Cherokee 4.0l and my 1991 Volvo 740 turbo and the engines love it they run alot smoother and quieter and shell rotella t6 5w40 is my first choice for my vehicles for the protection of the internal parts of my engines and to keep them running strong and running long!
by

Customer review from rotella.shell.com
Sep 6, 2019
Best 5W-30 oil currently available!
I use this oil in my car's GDI engine and I know several people who love using it in their high performance Subaru engines like that of the STi, WRX, and Forester XT. It just doesn't shear like other 5W-30 oils often do. I am very happy that Shell offers this product but it is very difficult to find in stores and usually online retailers offer it at a more premium price. I hope it is made more commonly available in the future!
by

Customer review from rotella.shell.com
May 15, 2019
Best of the best
Iv ran a few different oils in my race bikes and ever since the switch from A recommendation from my father that has a gold wing with 90,000 miles no issues my race engines show very very minimal wear and tear in between seasons
by

Customer review from rotella.shell.com
Mar 9, 2018
Works great in my motorcycle!
I have been using this oil in my 1998 Honda F6 Valkyrie Tourer for 6 years now, and have had no issues with clutch operation. Even at full throttle with the big 6 cylinder engine, no clutch slippage. Also, the notorious Valkyrie top gear whine was a lot quieter immediately after the first oil change. It's also priced a lot cheaper than the competing oils, a nice added bonus. I don't hesitate to change the oil when I should, when the price is about half of other high end or OEM oils. It's available at many local retailers, so, it's easy to obtain. I wish it was available in other weights like 5W20. I would use it my 2010 F150 5.4L if I could, because it's really not that much more expensive than conventional oil.
by