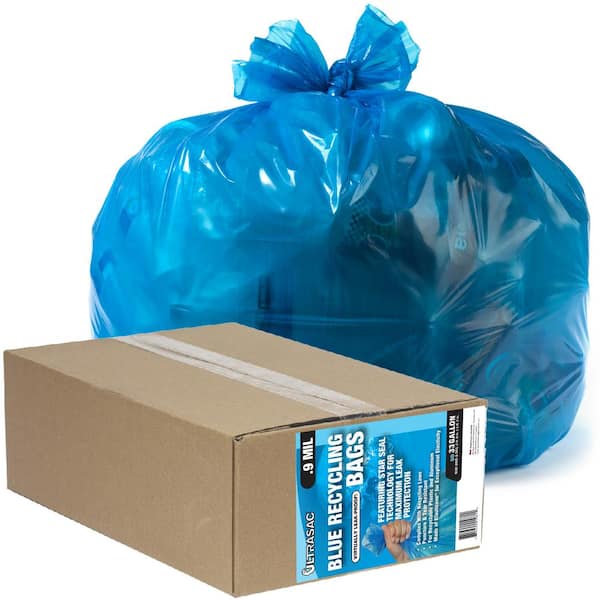 The Ultrasac Recycling 33 Gal. Blue Trash Bags are great for all your recycling needs. The blue tint makes these bags ideal for sorting and storing items. They are manufactured from high-strength prime resins for durability and tear and puncture resistance. A star-sealed bottom ensures leak-proof security for the heaviest of loads.