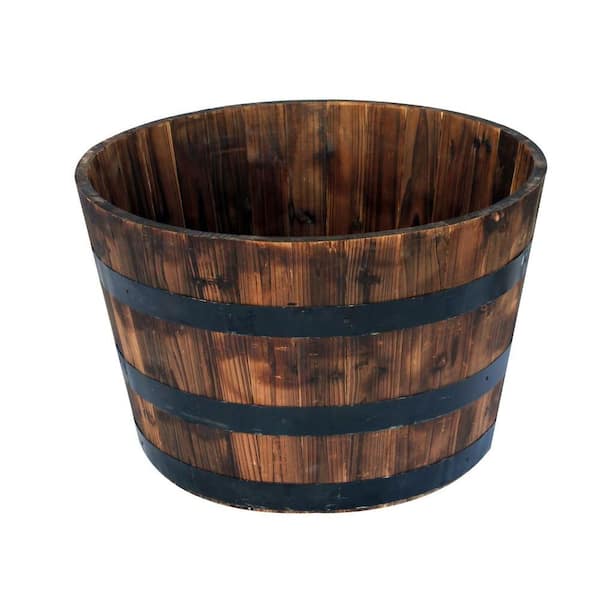 Functional and stylish are two of the many great qualities in this 26 in. Round Wooden Barrel Planter. It is made of 100% dried fir wood that was burned for an attractive and lasting appearance. Curve and wooden dowels Construction,so it will stand strong for as long as you need it. Its large size is perfect for outdoor use.

Lightweight and durable, this classic WhiskeyLightweight and durable, this classic Whiskey Barrel can be easily moved around your garden scape. The faux wood finish pairs well with all seasonal flower varieties. The large 20.5 in. size gives you the ability to plant a variety of your favorite plants for a beautiful display.View Full Product Description