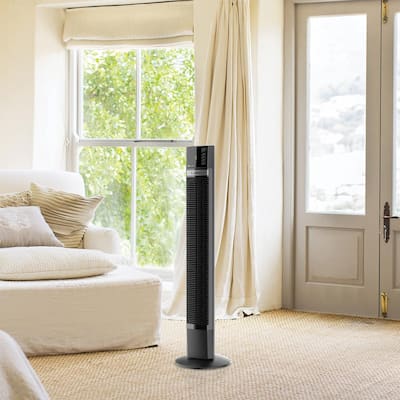 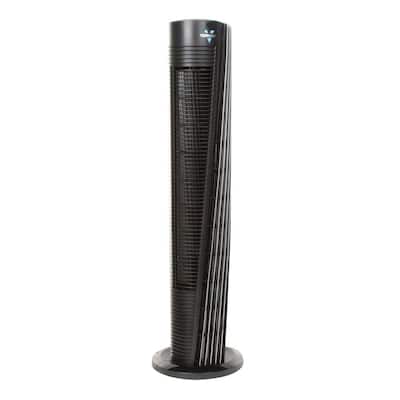 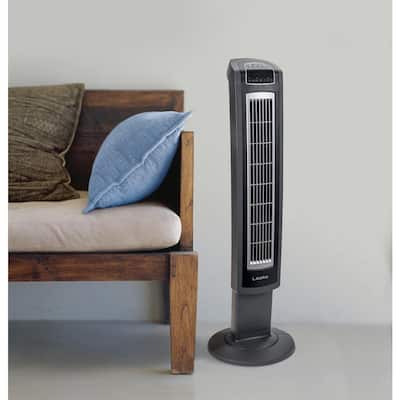 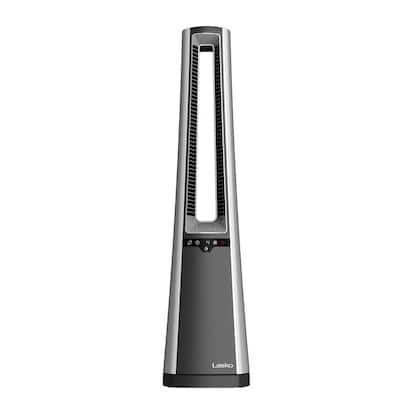 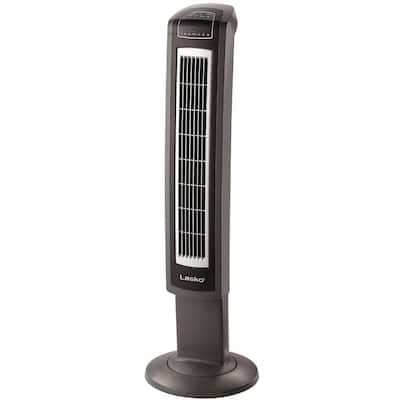 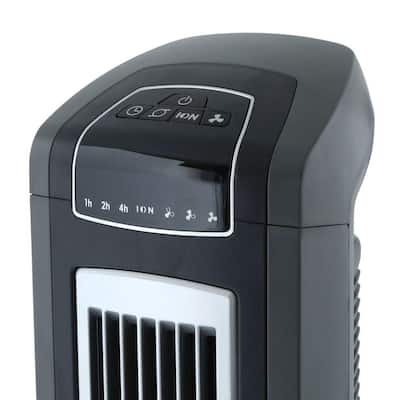 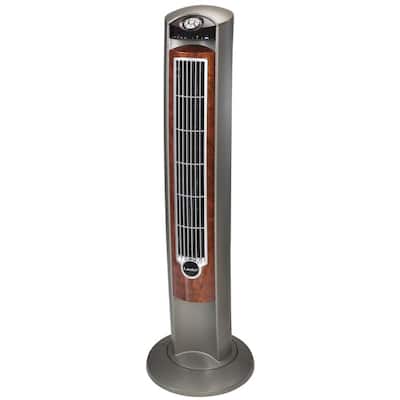 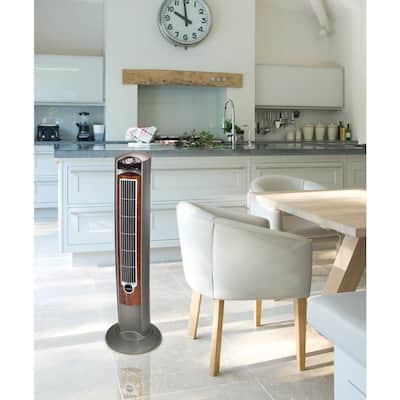 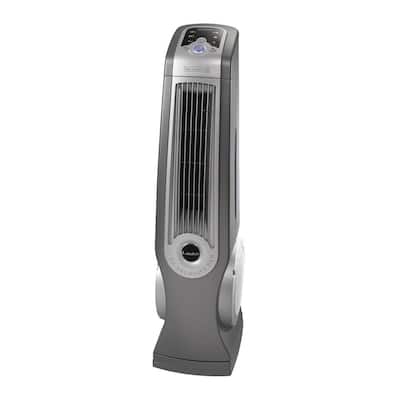 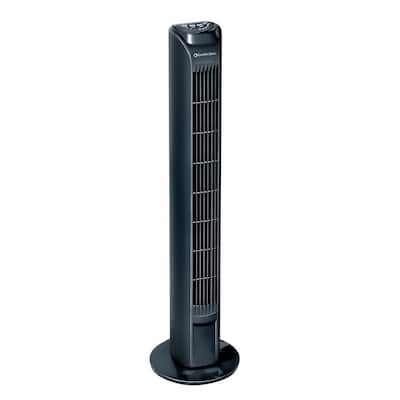 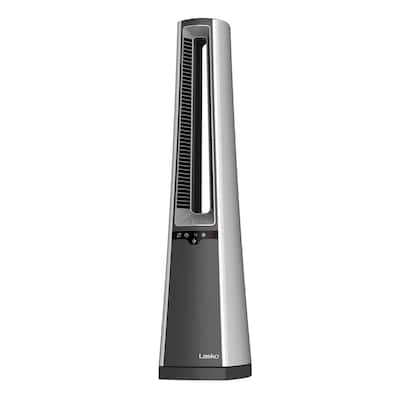 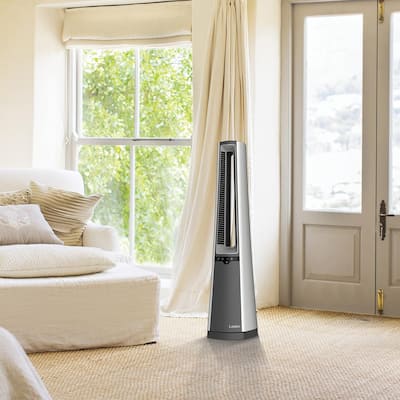 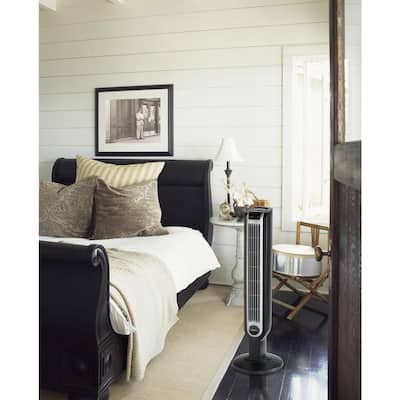 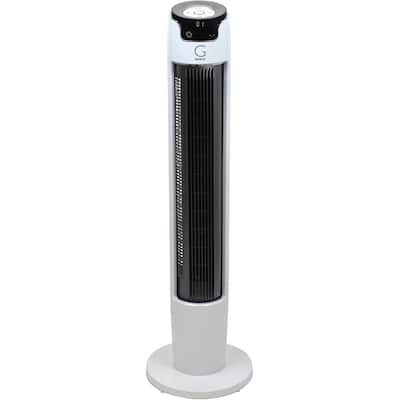 Tower fans are an efficient cooling solution thanks to the following features:

• Size: Known for their slim, compact design, tower fans deliver consistent airflow without taking up as much space as a floor fan. They can be placed in corners or narrow areas in your home. Several models – especially bladeless tower fans – boast a sleek, modern look that blends well with most décor.

• Noise: Most cooling tower fans are quiet because they use small blades that produce a quiet hum as compared to traditional cooling tower fans with larger blades. Quiet tower fans are perfect for employees who work in open-plan offices or for those who enjoy calming white noise while sleeping. Many manufacturers provide the fan’s decibel level, so check that rating if you’re concerned about noise.

• Oscillation: If you have a large living room, consider an oscillating tower fan, which distributes airflow over a wider area so everyone in the room can feel a refreshing breeze. The standard oscillation for most fans is 90 degrees, but there are many that rotate 180 degrees and even a full 360 degrees. For the most effective room placement, position your 90-degree fan in a corner. A fan that rotates 180-degrees works best along the center of a wall.

• Safety: Bladeless tower fans are the most trustworthy options if you have children and pets. Their blades are tucked under a grill, making them extremely inaccessible for even the tiniest of fingers or paws.

Tower fans are an ideal way to add a continuous stream of air to any room in your home or office, even if it has an air conditioning unit. That constant airflow will improve circulation, allowing you to feel cooler even while the temperatures climb.

This 48 in. Xtra Air Tower Fan with NighttimeThis 48 in. Xtra Air Tower Fan with Nighttime Setting and Remote Control helps to promote a cool environment. Featuring a slim, space-saving design this sleek fan is perfect for busy spaces like living rooms, bedrooms and home offices where space can be at a premium. At nearly 48 in. high, it also has an extended comfort zone to send cooling breezes above furniture for whole-room comfort. This capable tower fan features an auto-off timer mode, multi-function remote control and widespread oscillation. Plus, the convenient Nighttime setting automatically decreases fan speed and dims controls for overnight use.See Full Product Description

Unlike an ordinary tower fan, a Vornado towerUnlike an ordinary tower fan, a Vornado tower circulator doesn't just blow air. Instead, it produces true whole-room air circulation using V-Flow Technology, exclusive to Vornado. So rather than feeling the airflow for only seconds at a time with an ordinary fan, you get an even temperature and circulation throughout the room. Typical tower fans oscillate due to a limited range of air movement, so you feel the airflow for only seconds at a time. With V-Flow Circulation, a high volume of air is continuously moving throughout the room, creating quiet, comfortable whole room circulation. The Vornado Tower Circulator features uniquely contoured air outlets that create a wide span of constant airflow, without the need for oscillation. A powerful, yet quiet motor produces higher volume of air movement, 500 CFM, and pushes air up to 100 ft. The 184 Tower Circulator features a sturdy base, an energy saving timer, and 4-speed settings that allow you to tailor the airflow to your needs. The push-button remote control magnetically cradles to the top of the product, so it is always within easy reach. 5 year limited warranty.See Full Product Description

The Lasko Wind Curve 42 in. Oscillating TowerThe Lasko Wind Curve 42 in. Oscillating Tower Fan with Fresh Air Ionizer is a portable stand-alone fan with slip-resistant feet. The fan is 42 in. tall for excellent air circulation and features 3 quiet speed settings. For indoor use, the fan features a fresh air ionizer. The fan can be set for 1/2 - 7-1/2 hours of use with an electronic timer and includes a multi-function remote control for convenience.See Full Product Description