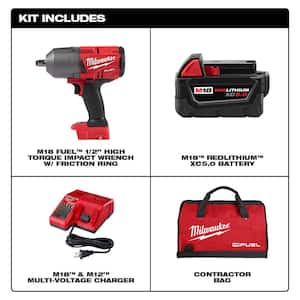 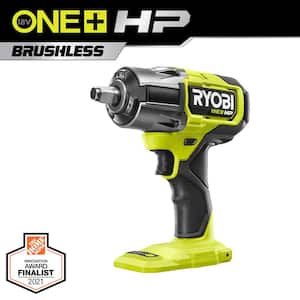 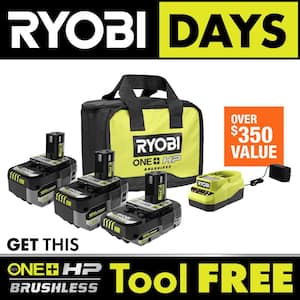 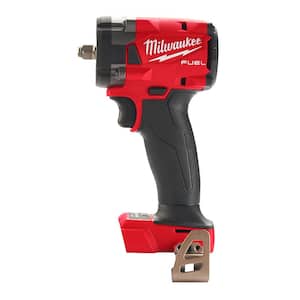 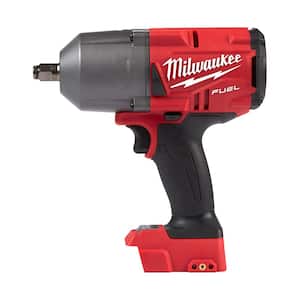 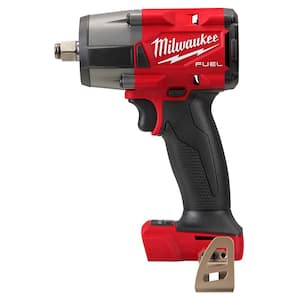 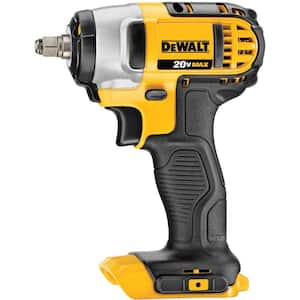 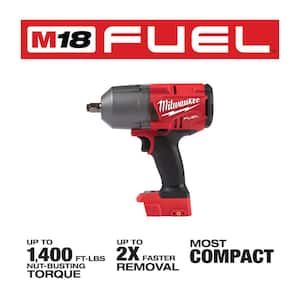 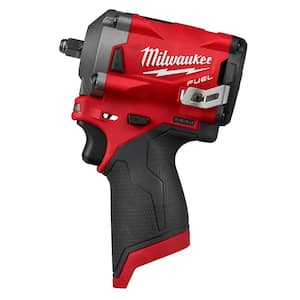 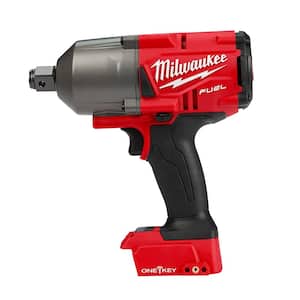 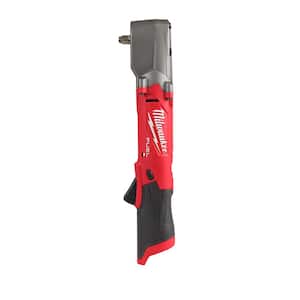 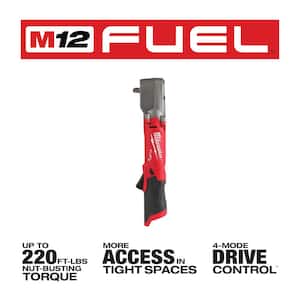 If you’ve ever strained your wrist, scraped your knuckles or lost hours of your time trying to loosen a stubborn nut, you’ll appreciate the value of an impact gun. Also known as an impact wrench, this tool applies a large amount of force through a series of short, fast, hammering bursts. Its power makes seemingly impossible tasks possible.

When to Use an Impact Wrench

An impact wrench looks like a drill or driver, but it has a 3/8-inch or 1/2-inch square drive that accepts sockets. In other words, it’s really a power socket wrench.

Auto mechanics have used air-powered impact wrenches for years to tighten and loosen lug nuts. But today’s compact corded and cordless impact wrenches are easy to use for a range of building and home improvement jobs. They come in handy when you need extra torque to drive large lag bolts and screws into wood or set concrete screw anchors.

Features to Look for

Many of the major tool brands make impact wrenches. Here are the top things to consider when you select one:

• Torque rating. Tools are listed in foot-pounds of torque they can deliver. Some have many levels of torque that you control with a switch. One setting can be used to fasten, while another higher setting can remove corroded nuts. For most basic jobs, you’ll want a torque over 200 foot-pounds.
• Variable speed selection. Impact wrenches work at a range of speeds, measured in RPMs. Look for a model that has at least 3,000 RPMs and allows you to easily change speeds with the trigger.
• Power. Electric impact wrenches have tons of power, but for jobs done outdoors or away from a power source, a cordless option is your best bet. Try a battery-powered impact gun.
• Complete sets. You can buy the tool by itself, but impact wrench kits provide extra value. They may include the tool, extra batteries, a case and a set of impact sockets.

It may not be the tool you use most often. But when you have a job that calls for loosening that impossible nut or bolt, an impact gun could become the most important tool you own.

The MILWAUKEE M18 FUEL 1/2" High Torque ImpactThe MILWAUKEE M18 FUEL 1/2" High Torque Impact Wrench with Friction Ring eliminates the user's need to use a pneumatic tool for stubborn and rusted bolts. It delivers 1,000 ft-lbs of fastening torque and 1400 ft-lbs of nut-busting torque. With 2X faster removal speed, users will get the job done faster and be more productive throughout the day. It is the industry's most compact cordless high torque impact wrench at 8.39" in length. This provides users more access to tight spaces. 4-Mode DRIVE CONTROL with Bolt Removal mode gives users the most control over their fasteners. Bolt Removal mode also gives users more control when removing fasteners by slowing to 750rpm once the fastener has been busted loose. This tool offers quick, tool-free socket changes with a 1/2 in. friction ring anvil. A premium rubber overmold material provides users ultimate comfort during prolonged use while lasting longer against corrosive materials.View Full Product Description

The DEWALT DCF899M1 Cordless 1/2 in. ImpactThe DEWALT DCF899M1 Cordless 1/2 in. Impact Wrench is ideal for most fastening applications. Powered by a DEWALT brushless motor, this cordless impact wrench features up to 700 ft. lbs. of max torque and 1200 ft. lbs. of max breakaway torque. This power wrench can make up to 1,900 rotations and 2,400 impacts per minute. The compact design of 8-13/16 in. length and weight of only 7.2 lb. allows this battery-powered impact wrench to access hard to reach areas. Its 20V MAX* 4.0 Ahr Lithium Ion battery and handle ergonomics make it comfortable to use for extended periods. The DCF899M1 Impact Wrench kit includes a 4.0 Ahr Lithium Ion battery pack and charger. It comes backed by a DEWALT 3-year limited warranty for your additional peace of mind.View Full Product Description

The 2767 M18 FUEL high torque impact wrenchThe 2767 M18 FUEL high torque impact wrench with friction ring eliminates the need to use a pneumatic tool for those stubborn and rusted bolts by delivering 1,000 ft./lbs. of fastening torque and 1400 ft./lbs. of nut-busting torque. With 2X faster removal speed, users will be able to get the job done faster and be more productive throughout their day. By providing the industry's most compact cordless high torque impact wrench at 8.39 in. L, this tool allows for more access in tight spaces. 4-Mode drive control with bolt removal mode gives users the most control over their fasteners. Bolt Removal mode gives the user more control when removing fasteners by slowing to 750 RPM once the fastener has been busted loose. This tool offers quick, tool-free socket changes with a 1/2 in. friction ring anvil. A premium rubber over mold material gives you ultimate comfort during prolonged use while lasting longer against corrosive materials.View Full Product Description

The MILWAUKEE M18 FUEL 1/2 in. Mid-TorqueThe MILWAUKEE M18 FUEL 1/2 in. Mid-Torque Impact Wrench w/ Friction Ring delivers the best power to weight ratio, most access in tight spaces, and faster removal speed. It provides 650 ft. lbs. of nut-busting torque and only weighs 5.1 lbs., making it extremely versatile, capable of performing a wide variety of applications. Its POWERSTATE Brushless Motor generates the power needed to quickly perform many tasks, such as removing large bolts or lug nuts. This cordless impact wrench is the most compact in its class, giving users access to stubborn fasteners in spaces where larger impact wrenches can't fit without needing to disassemble components to reach bolts. Tri-LEDs surround the anvil to deliver brighter light with fewer shadows. 4-Mode DRIVE CONTROL offers greater precision with a range of pre-set RPM and IPM levels, selectable from a single button on the tool. By selecting Mode 4, AUTO SHUT-OFF control applies no more than 35 ft. lbs. of torque for hand-tight fastening applications to prevent overtightening. Mode 4 also features Bolt Removal Control that delivers users full torque output, then decreases RPMs once the bolt is loosened to prevent fastener drops. REDLINK PLUS Intelligence ensures maximum performance, protecting the tool against overloads, over-heating, and over-discharge. The M18 REDLITHIUM battery pack (not included) fits M18 tools, delivering more work per charge and more work over the life of the pack.View Full Product Description

What collections are available within Impact Wrenches?
Shop wrenches, sets and other accessories from the Milwaukee Impact Wrenches by Milwaukee. Check out the M18 FUEL Gen-2 18-Volt Lithium-Ion Brushless Cordless Mid Torque 1/2 in. Impact Wrench with Friction Ring with Grinder available in this collection.