How to Trim a Tree

When you prune your trees and bushes, the removal of diseased, damaged and dead debris encourages airflow and healthy growth. It also shapes unruly plants and overall improves their health. Pruning is a fairly simple task, as long as you approach the chore with the right tools and during the right season for each plant. The tips in this guide have been cultivated by our experts in the Home Depot Garden Club.

Any time you prune, be careful to make the cuts properly so as not to damage your plant.

2
Tips for Pruning by Season 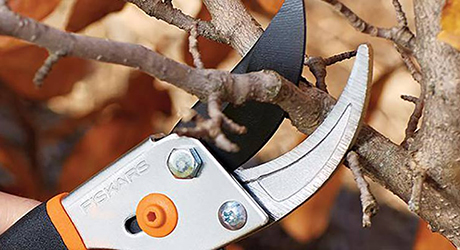 It’s critical to prune at the right time to help your trees and shrubs look their best. Prune according to the labels on your plants, and follow the general rules of thumb below.

Flowering shrubs, hedges and perennials explode with spring color. To keep the flowers coming year after year, give your plants a little TLC right after they bloom.

Pruning is usually associated with spring and fall, but it’s also an important habit to cultivate in the summer.

Autumn and spring are traditional seasons for landscape and garden pruning, but it’s important to recognize the different demands placed on the activity during each.

One reason for pruning in fall is what’s often called “corrective pruning.” Essentially, it means removing branches that interfere with the rest of your landscape, such as those that are interfering with other plants or that might cause damage to your home during storms.

Another reason is to unburden trees of damaged or diseased limbs. As those may pose a danger to the tree itself, pruning them will actually contribute to the overall health of the plant. Judicious removals can also allow in more light and reduce the need for pesticides.

Trees and shrubs can be invigorated by pruning during winter. A sensible trim helps plants produce more flowers and ward off pests and diseases.

Prune deciduous plants during the winter months while they are dormant to encourage new growth in spring. This is a great time to prune many trees because in their dormant state it is much easier to see the branch structure. Fruit trees are best pruned mid-winter to open the tree to more light in the growing season while avoiding diseases that may result from in-season pruning.

A good way to start winter pruning is to remember the 3D rule. Is it dead, damaged, or diseased? Branches that fall under any of these three classifications should be removed before any other pruning takes place as it could easily change the shape of the host tree or shrub. Leaving such branches in place increases the potential for further damage as well as insect infestation. 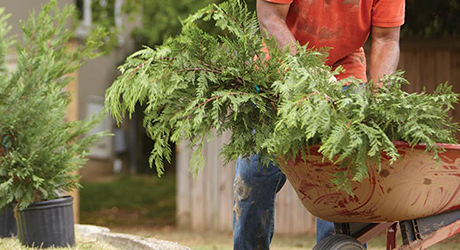 Deadheading followed by a quick trim can help your flowering shrubs thrive. Shape your hedges by pruning them the proper way, which ensures healthy future growth.

HOW TO PRUNE FLOWERING SHRUBS

HOW TO PRUNE PERENNIALS

HOW TO PRUNE HEDGES

4
How to Prune Trees 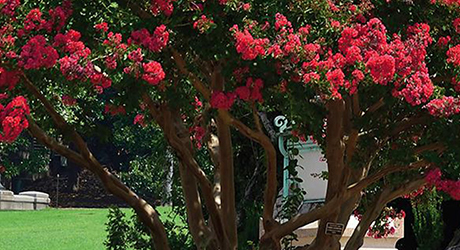 Trees and shrubs can be invigorated by pruning, which helps plants produce more flowers and ward off pests and diseases.

Crepe myrtles are beautiful trees, but can be very tricky to prune. If done incorrectly, you’ll end up with a knotted, disfigured tree that spoils the look of your yard.

If you need some extra help trimming trees, consider renting a chainsaw or power pruner with our tree care rental to get your project done. Use once, then bring it back - no maintenance required.