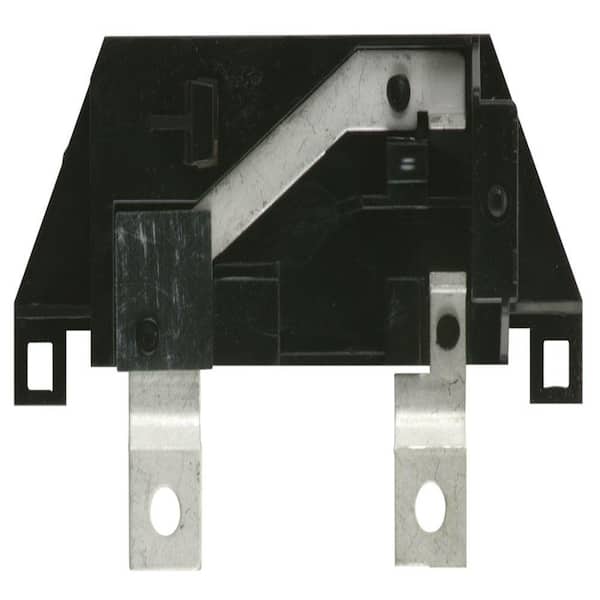 The GE PowerMark Gold Load Center Mounting Base serves covert a 125 Amp main lug load center to a main breaker load center. The base is UL listed for safety and comes with a lifetime warranty if used in conjunction with a GE THQL breaker.

1
Filter by:
Showing 1-10 of 11 reviews
Dec 3, 2020
Main Breaker Added Successfully
When we bought our house, we were told the previous owner negotiated his legal fees in exchange for electrical work. Well, it doesn't look like the lawyer got his full value. I noticed several code violations including the lack of a main breaker in the service panel. This panel lies directly below the electric meter and there was never a way to shut it off. We recently decided to look into adding solar and that is when we noticed that the breaker was missing. We have the GE PowerMark Gold TLM1212RCU MOD 2 125 amp panel and the bracket fit perfectly. Here is what I had to do: I contacted our local electric provider and arranged for them to unlock the meter. It was called a spot request and I indicated it was for repair of the panel. Otherwise, a permit would have been needed since it would have been coded as a panel relocation or a brand new panel. I turned off all the breakers and pulled the meter housing which cuts all electricity flowing into the panel, I unscrewed the two 1/0 copper wire leads from the meter and removed the clips off the panel. I removed the two wires because they were too short to bend into the new breaker. I purchased 1/0 Wire from Home Depot by the foot. I installed the new 125 amp GE breaker onto the bracket and secured the wires to it. The tough part was to bend the new longer 1/0 copper wires from the meter to the main breaker so it could fit flush over the bolts without any bending forces. I used a wire bender tool since the wire is thick to carefully guide the wire into place. I applied Ideal Noalox, also purchased at HD, to the connecting ends. Once I secured the breaker to the bolts and clipped the bracket into the clips in the panel, I was able to reinstall the meter and slowly turn each breaker on.
by
Jul 31, 2020
Part must have been updated. Not an exact match. ...
Part must have been updated. Not an exact match. This is a newer addition of same part that fastens differently to the panel buss. Was able to get it to work.
by
Jun 17, 2020
Very easy to install, works great. My local electric supply...
Very easy to install, works great. My local electric supply said they can't order it I have to replace the whole panel, thanks to Home Depot for saving me all that time and money.
by
1 found this review helpful
Jun 9, 2020
Works
Works
by
Apr 13, 2020
It worked great! Thanks GE!...
It worked great! Thanks GE!
by
Jul 23, 2019
I'm sure the device I bought is just fine, I...
I'm sure the device I bought is just fine, I just wish that it was more apparent on the description of it for which breaker boxes it is compatible with. I will have to by another type from another store since Home Depot doesn't carry the proper conversion kit for my sub-panel.
by
Jul 19, 2018
GREAT price, FAST & FREE shipping to my store of...
GREAT price, FAST & FREE shipping to my store of choice.I received EXACTLY what was described and EXACTLY what I needed.PERFECT!
by
Jan 2, 2018
fit for purpose some cheap (one time) design stupidity,...
fit for purpose some cheap (one time) design stupidity, but otherwise okay
by
Sep 12, 2017
Excellent in every way !...
Excellent in every way !
by
Dec 11, 2015
Part Numbers Explained
THQMH000 is just the mounting kit. It fits any GE 125 Amp Main Lug Panels except the ones with less than 10 circuits, You can use any GE Breaker with it. The confusion arises because some sellers bundle it with a main breaker. For smaller 125 amp panels (6 or 8 circuits) use part THQLRH2 instead.
by
1 found this review helpful
Showing 1-10 of 11 reviews

Square D Homeline and QO Qwik-Grip FillersSquare D Homeline and QO Qwik-Grip Fillers come in handy when too many qwiklets are removed but are needed to prevent a failed inspection. Do yourself or the next contractor a favor and add these to a few slots during original installation. Future proofs the original install for adding a new circuit down the road by keeping the existing Romex circuit undisturbed on the next addition.View Full Product Description