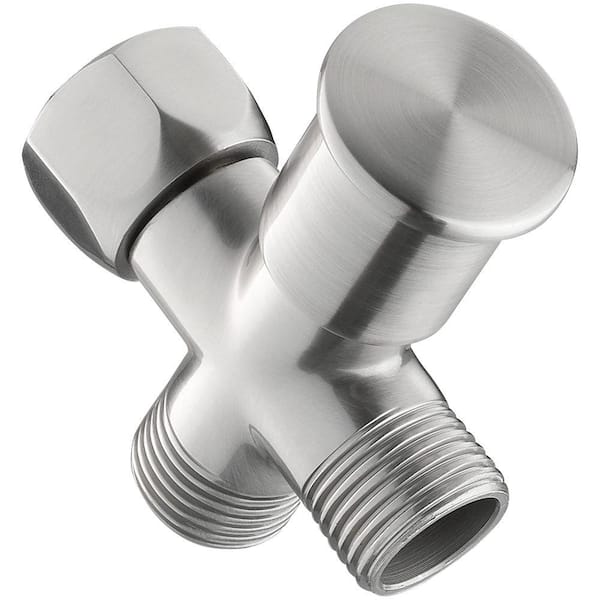 Add versatility to your shower with the Glacier Bay Shower Diverter in Brushed Nickel. Durable with solid brass construction, this diverter allows you change your shower from a fixed showerhead to a combination fixed shower and hand shower. The slide switch allows you to easily alternate between the 2 shower options, while the brushed nickel finish will complement many decor styles. Easy to install, this wall mount diverter will provide years of convenience and will upgrade your shower experience. Limited Lifetime Warranty.