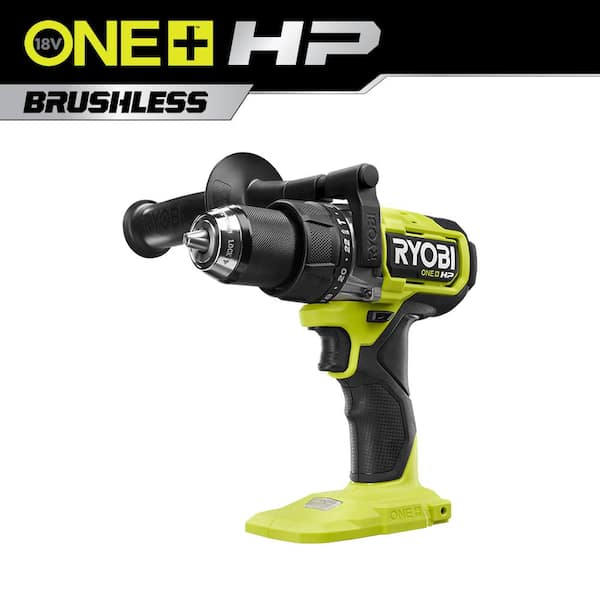 Shop the Collection
(75)Questions & Answers (7)
$11900
Truck
Save up to $100♢ on your qualifying purchase.
Apply for a Home Depot Consumer Card 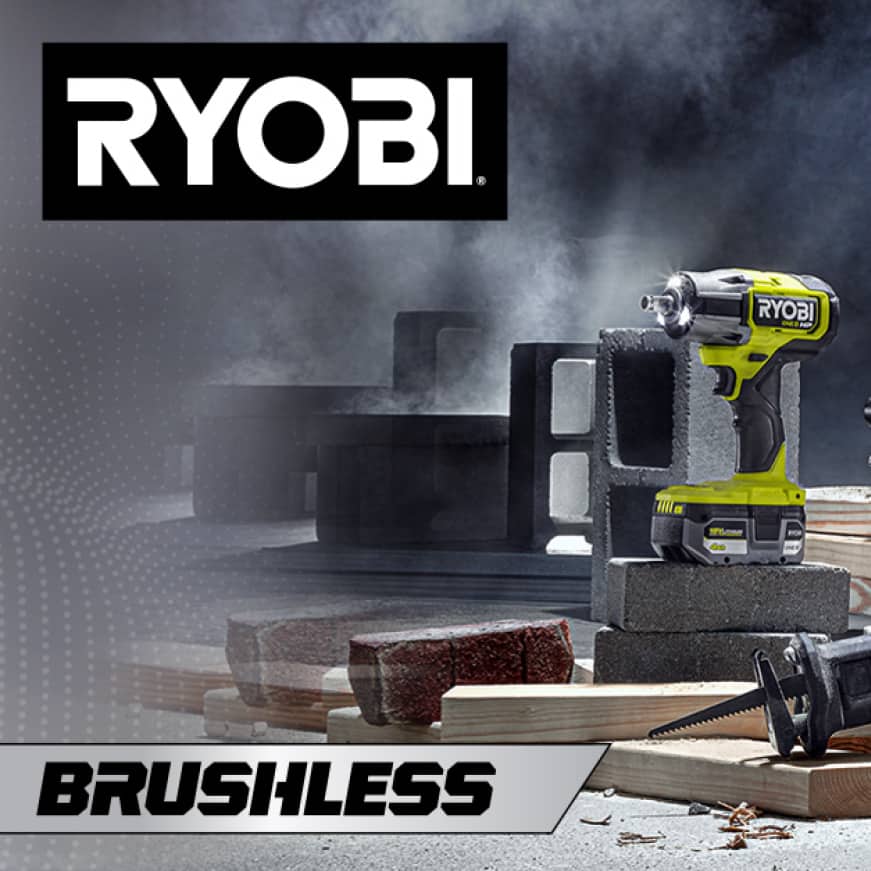 RYOBI gives you the ultimate in cordless versatility, selection and innovation to get the job done. No matter your interests or skill level, RYOBI can power it 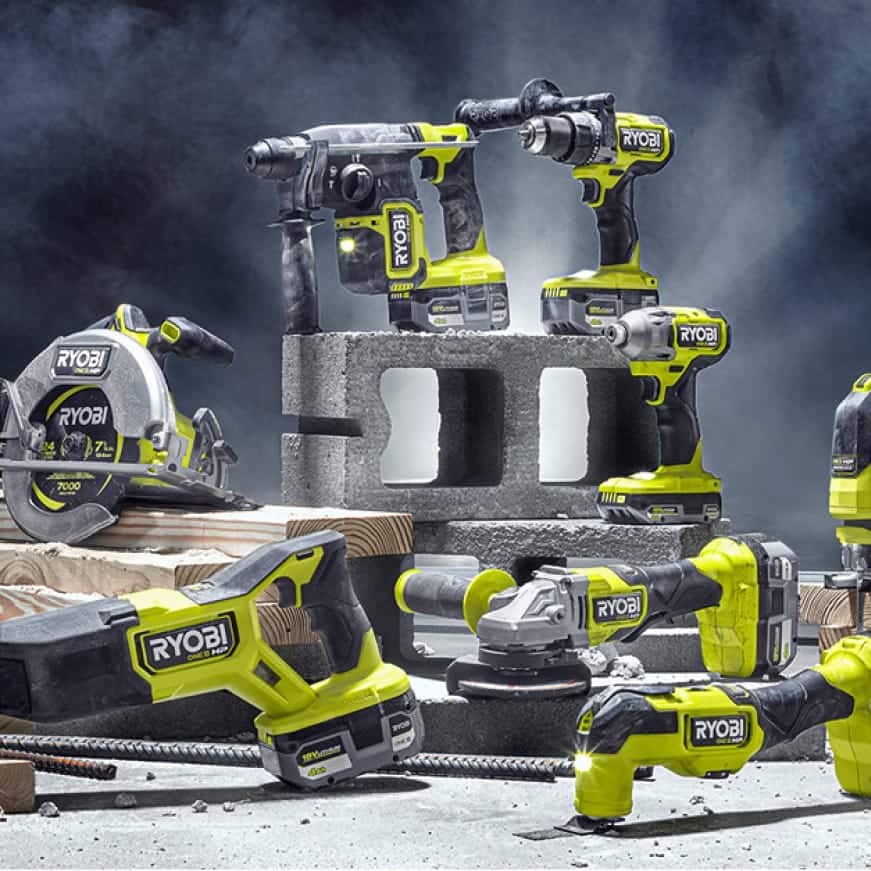 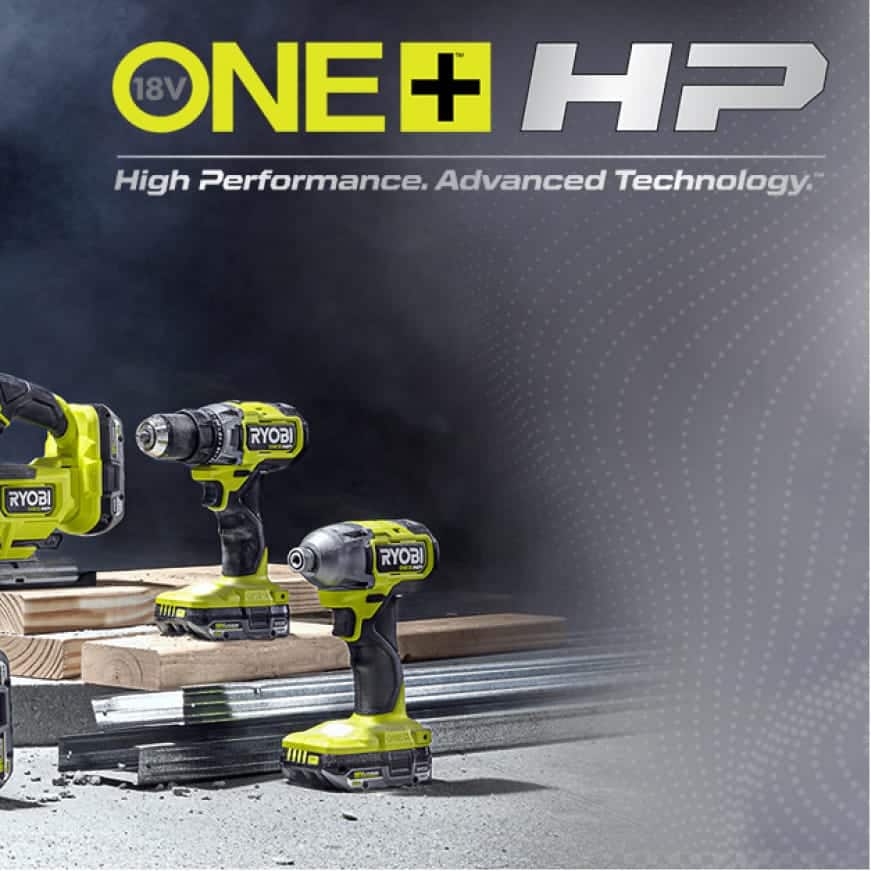 All tools in the ONE+ HP series feature a brushless motor, advanced electronics and lithium-ion batteries to deliver more power, longer runtime and longer motor life 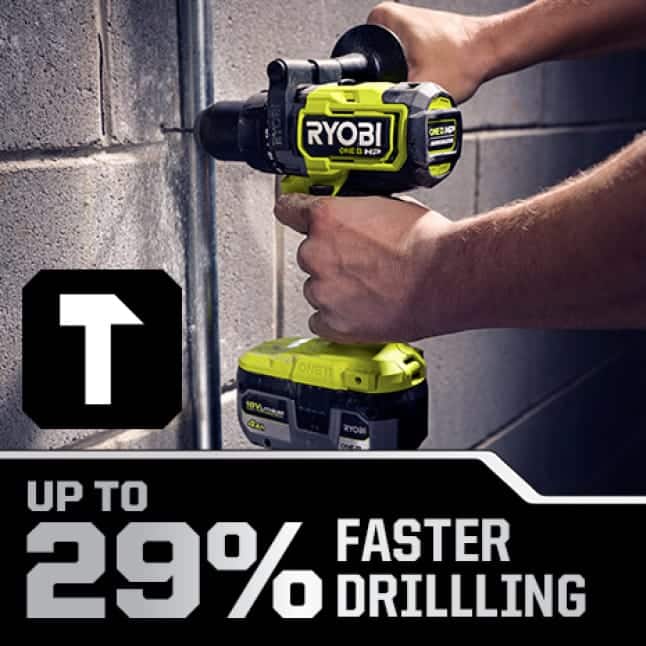 Up to 29% Faster Drilling

Fast drilling in Hammer mode through concrete, brick and block with 0-31,000 BPM 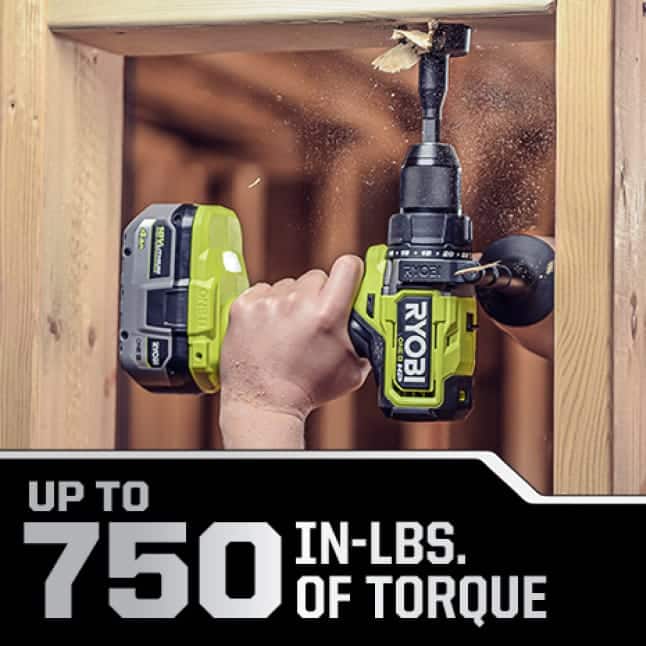 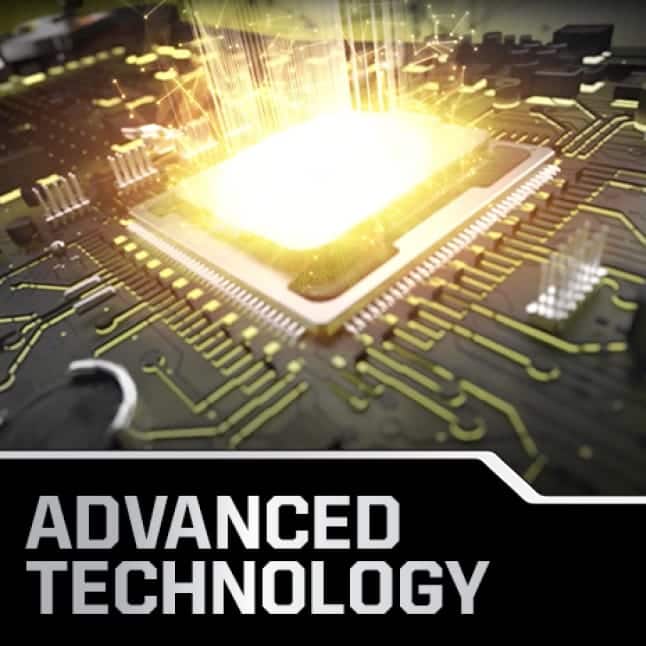 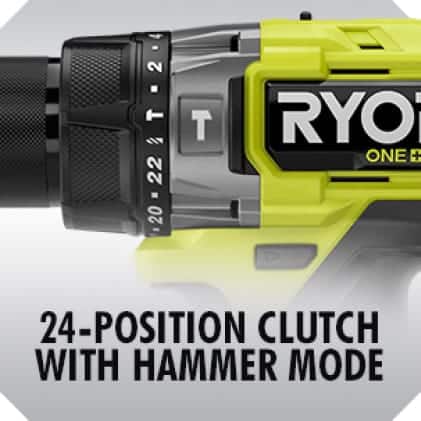 For maximum control and versatility when drilling and driving 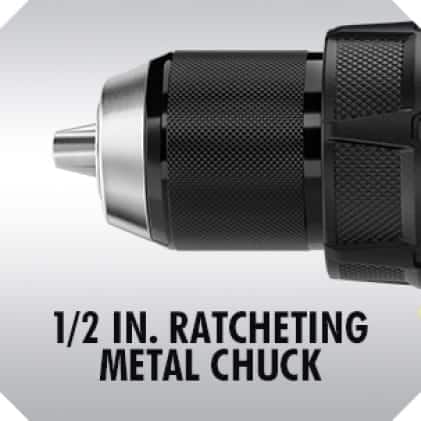 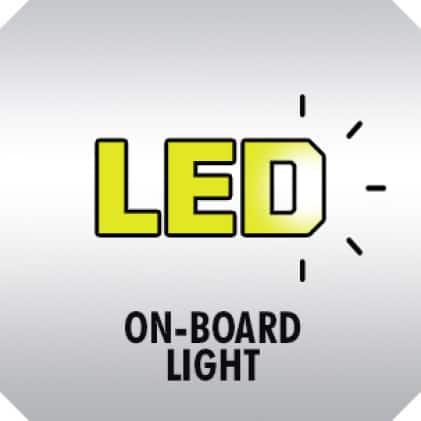 Provides a clear sightline and illuminates the workspace 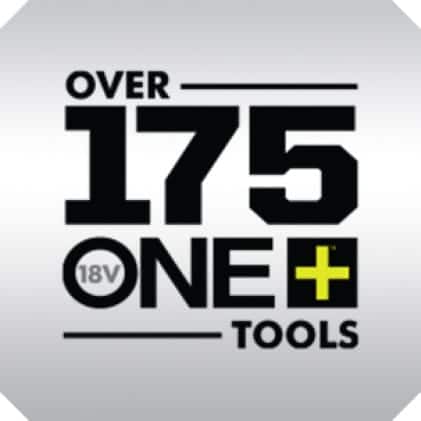 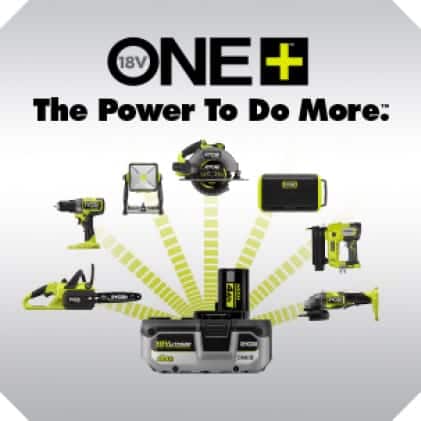 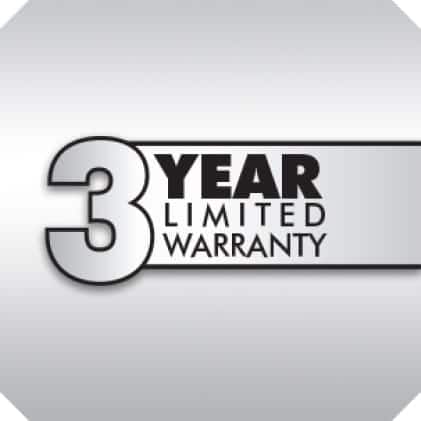 RYOBI Power Tools are covered by a 3-year warranty

The RYOBI 18V ONE+ HP Brushless line of products is redefining power and performance. The RYOBI 18V ONE+ HP Brushless 1/2 in. Hammer Drill features a brushless motor delivering up to 29% faster drilling in Hammer Mode, saving time per drilling application. Its impressive 0 - 31,000 BPMs and 750 in./lbs. of torque maximizes power to drill through concrete, brick, and block with ease. Integral features include a two-speed gearbox (0-500 and 0-2,100 RPM) and a 24-position clutch with Hammer mode for full control while drilling and driving. This hammer drill features a ratcheting metal chuck for increased durability and accessory retention during heavy duty applications. Best of all, it is part of the RYOBI ONE+ System of over 225 cordless tools that all work on the same battery platform. This hammer drill/driver is backed by the RYOBI 3-Year Manufacturer's Warranty and includes the PBLHM101B 18V ONE+ HP Brushless 1/2 in. Hammer Drill, auxiliary handle, and operator’s manual. Battery and charger sold separately.

The Milwaukee M18 FUEL 1/2 in. Hammer DrillThe Milwaukee M18 FUEL 1/2 in. Hammer Drill is the industry's most powerful brushless battery powered drill, delivering up to 60% more power. Its cordless body is up to 1.5 in. shorter and up to 2 times faster under heavy load than other models. The all-metal ratcheting chuck is the best in class by providing increased bit grip strength and corrosion resistance. The POWERSTATE Brushless Motor was purposely built for the M18 FUEL 1/2 in. Drill Driver to provide Up To 60% more power than the competitive set. Built-in REDLINK PLUS Intelligence ensures optimal tool performance and provides overload protection to prevent damage to the tool and battery during heavy applications while still maintaining compatibility across the entire M18 system. The REDLITHIUM High Output HD12.0 Battery Pack delivers more work per charger and more work over the life of the pack than competitors. In addition to the drill, this kit comes with a side handle, belt clip and bit holder.See Full Product Description

RYOBI introduces the 18V ONE+ Lithium-IonRYOBI introduces the 18V ONE+ Lithium-Ion Cordless 1/2 in. SDS-Plus Rotary Hammer Drill (Tool Only). The ONE+ SDS-Plus Rotary Hammer Drill is compact and powerful, and it produces up to 5,000 BPM 1,300 rotations per minute allowing you to use this tool for a variety of heavy-duty applications. This tool features a 3-mode selector includes rotary hammer, rotational drilling and chisel only mode. Best of all, it is a part of the RYOBI ONE+ System of over 225 Cordless Tools that all work on the same battery platform. Backed by the RYOBI 3-Year Manufacturer's Warranty, this 1/2 in. SDS-Plus Rotary Hammer Drill includes an operator's manual. Battery and charger sold separately.See Full Product Description