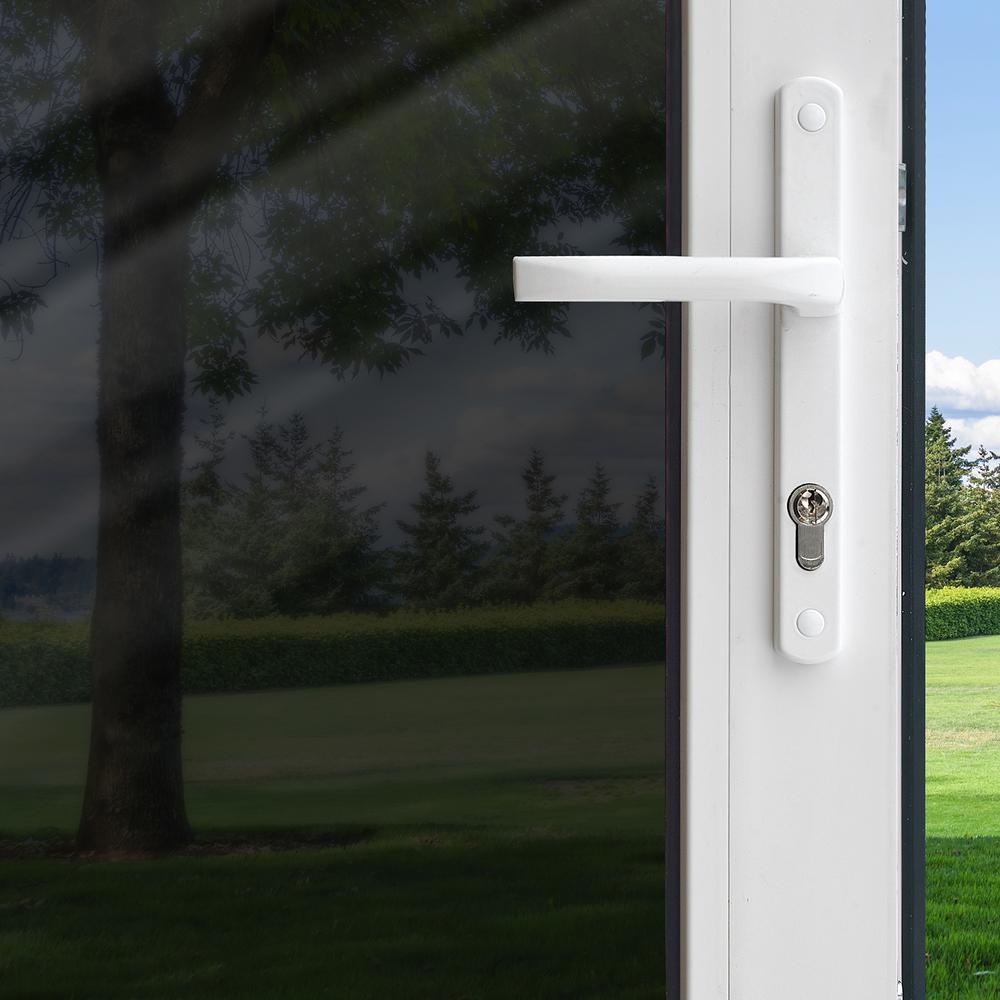 I have a north facing sliding glass door with each door that measures 44" x 74" of glass. So I ha...
June 4, 2018
I have a north facing sliding glass door with each door that measures 44" x 74" of glass. So I had to use the 48" x15' roll of 3-in-1. The problem was with such a large amount of glass it let in a lot of light that the glare would strain the eyes. This is in our TV-great room. I cut a two pieces of film 76.5" by 45.5'. I used a drywall T square to get a straight line marking the film with a sharpie on the peel off side if the film. Then used a scissor to cut. All this is shown on the how to video. It's recommended to have a helper for large pieces and since I've applied film before on windows I knew it would be challenge so I got the help with my son and wife. As I held the tint side up, my son peeled off the backing and my wife spray the film down with. The window was sprayed and then I applied the film. I cannot stress the importance of having clean glass. Even after I scraped the glass down with a razor blade and window cleaner, then used the spray solution and scraped again, I still missed some spots. Pay particular attention at the corners. The process went fairly smooth until I got to the edges especially at the bottom of the glass, the film kept curling away from the glass. Part of it was the glass may not have been clean enough but I think when you seal the film down with the card squeegee it stretches the film some and the plastic wants to curl back. For the most part using the lint free cloth you get with separately purchased Window film kit, you used it to absorb a lot of the excess solution at the edges and it helped. But no matter what I did some edges would not stick so I used razor blades pressed into the seal bead of the glass to hold the film down and I worked. Left them in over night. It was well worth buying the Gila's window film fit. The plastic card squeegee really worked good. I had a good edge to work out the bubbles yet smooth enough that it glides over the film. The cutting tool was a life saver. First you push it against the glass at 90 degrees and it allows about a 1/32 of an inch gap from the edge of the film to the edge of the glass frame. This gap is important to get the edges to lay down. As you squeegee the solution to the edges the excess solution must come out from under the film. This helped when I was having problems with some of the edges pulling back. The cutting tool also has round edges so as you glide the cutting tool along the edge it pushed down on the film. Twenty four hours later I was still finding some bubbles and the card squeegee was still able to move bubbles to the edges. A hint is of you have several bubbles in one area use the card squeegee to push them together to make one larger bubble, then push it to the edge. You will need a window squeegee and it does not come with the kit. It's purchase separately. When first applying the film its needed to push the majority of the solution to the edge of the film. The product description reads color as clear but it is not. As other stated it's about the same a pair of medium tint sunglasses. I would estimate is cuts the amount of light about 50%. There is little of no reflection on the inside but the outside it is no different than other tint film. During the day from the outside it is very difficult to see into the home. Very satisfied with the product. If you never have done any window film treatment before it can be quite intimidating trying to do a sliding door. If you have excess product practice it on a window. When the product is first applied it can be easily peeled off the first few hours.
Was this helpful?
6
0
Review this Product
Share your thoughts with other customers