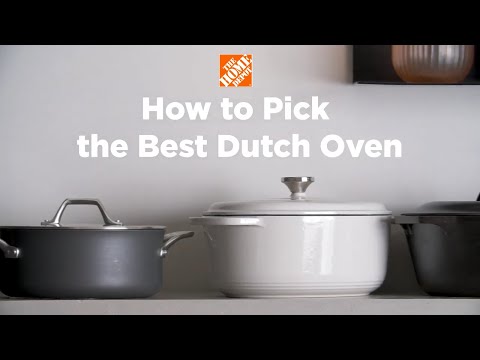 Though maybe not the easiest cookware item to store thanks to its imposing size, the Dutch oven is undoubtedly one of the most versatile, dare we say essential, pieces you can own. Learn what makes Dutch ovens so special and how to ensure you select an all-star. 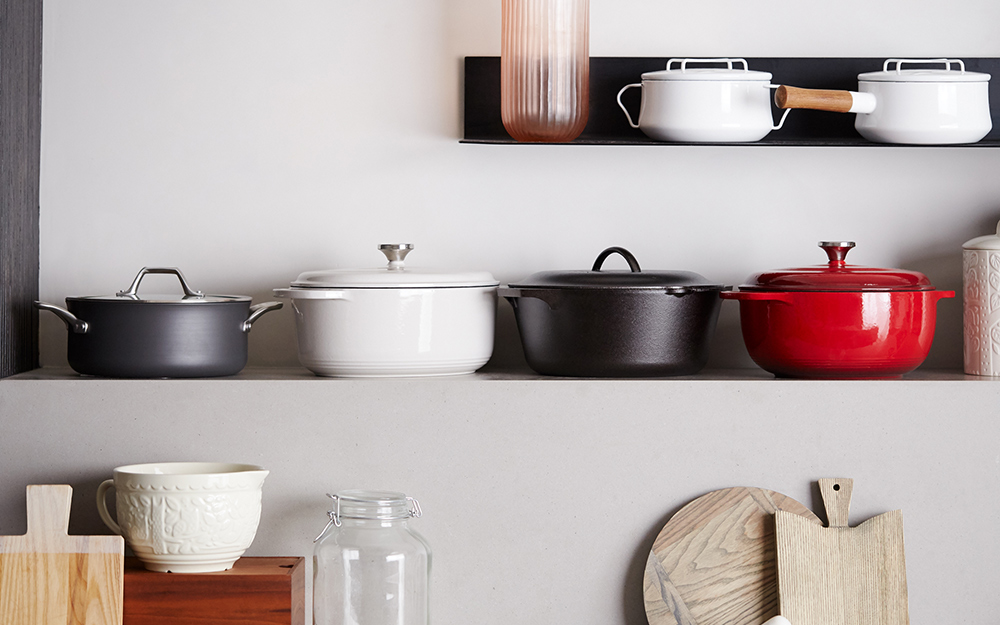 OK, but what is a Dutch oven? you ask. For the uninitiated, the best Dutch ovens are quite literally the heavyweights of the kitchen. They are hefty, thick-walled pots that come with a well-sealing lid and in a wide range of sizes, shapes, materials and finishes.

Dutch ovens are defined by their ability to handle just about every cooking endeavor under the sun. From braising to frying to simmering to baking, a Dutch oven has you covered. They’re suited to the stovetop, oven, the grill and even your styled-to-a-T tabletop.

Given the wide spectrum of tasks a Dutch oven can take on, you need to find one that is durable and thoughtfully crafted, with precise features and high-quality materials. The best Dutch ovens will last a lifetime, so think of the piece as an investment. But you won’t necessarily have to break the bank to get your hands on a quality piece. 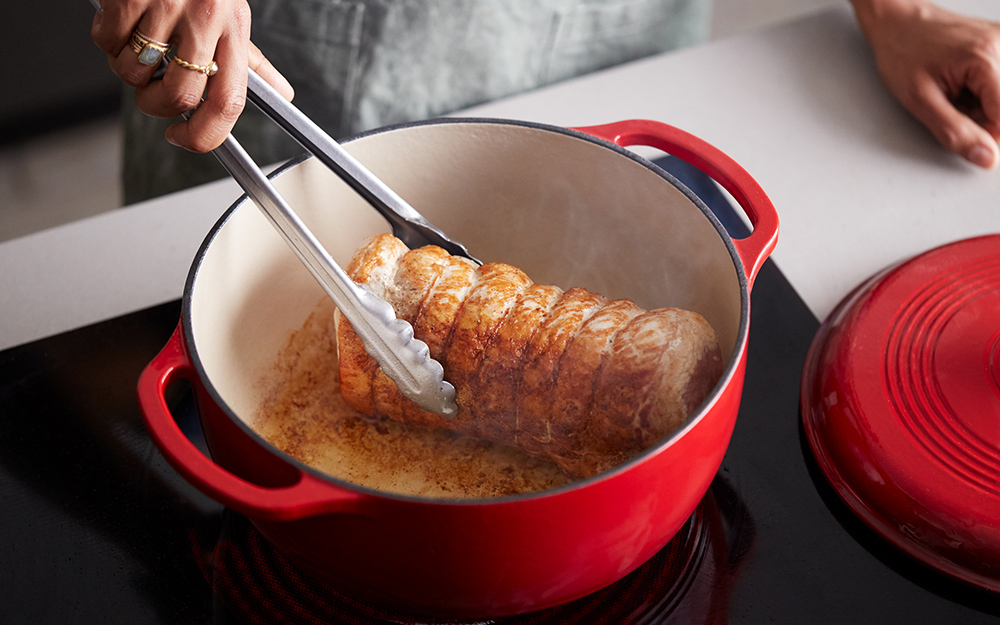 A standard Dutch oven is generally sized to hold 5 to 6 quarts of liquid and boasts a 4.5- to 5-inch height. This should serve a group of two to four well. If cooking for a crowd is more your style, you can size up to a 7-, 9-, or even 13-quart version, all of which are pretty widely available. This considerable width and depth mean you can fill the vessel with large quantities of liquid to create soups and sauces.

The best Dutch ovens are also ideal for large cuts of meat that need maximum surface contact and tend to splatter grease while browning. When deciding between a wide and short Dutch oven or a tall, narrow one, always opt for the wider. It provides greater interior access and gives you more searing surface area to avoid steaming, which happens when you crowd liquid-releasing foods. Experts recommend a pot that’s at least 8 inches in diameter.

The best Dutch ovens are available in round and oval shapes. A round model will give you more flexibility as it fits well onto stovetop burners and its overall surface area can be greater than an oval selection. However, oval Dutch ovens are useful to those who braise long pieces of meat (we’re looking at you, lovers of rib racks) or vegetables, and can be the wisest choice for folks who want length but don’t have the storage space for an item with a large circumference.

Another element to consider is a Dutch oven’s wall bend. A slope outward will allow for greater access for stirring and will minimize sticking. 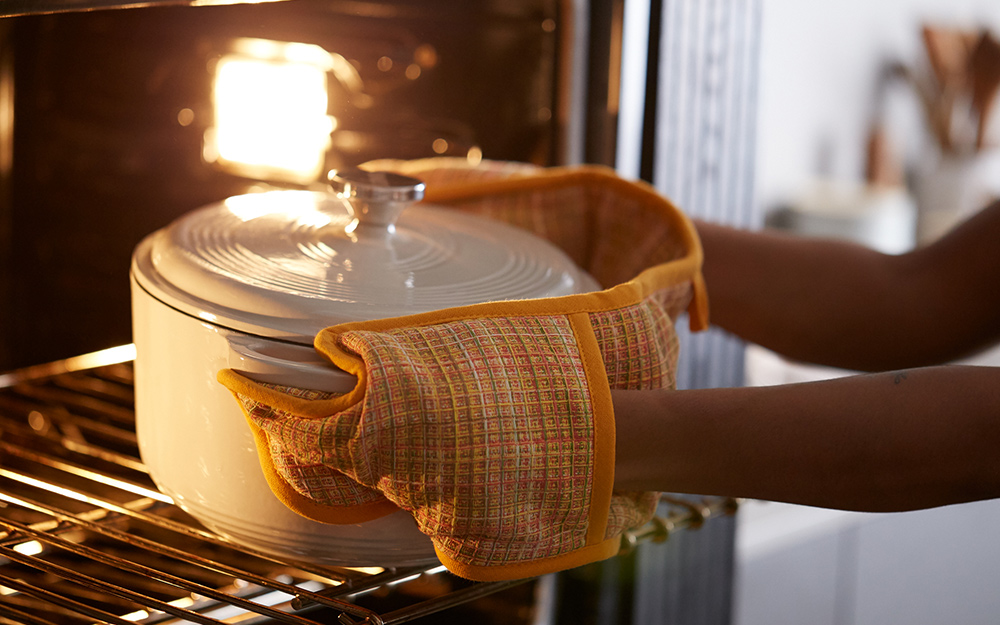 The best Dutch ovens will also be built with the cooking experience in mind, and as such, will come with exceptional handles to help you carry the load of such a heavy item. Looped handles (the ones that look like half circles) are your best bet and give more room for a secure grip. Avoid flat “tab style” handles. The bigger the loop, the better, since you’ll likely be employing oven mitts to lift your cast-iron pot and will want maximum space to grab on securely.

While the best Dutch ovens can cover considerable ground, their primary purpose is to create gorgeous, tender braises. They enable a solid stovetop sear and transfer well to the oven with an addition of a lid, which should fit snuggly to trap moisture in as food cooks. This means a great lid is paramount.

Your Dutch oven’s lid should fit securely, but not be air tight – many dishes like soups and stews want to evaporate ever so slightly to help with the concentration of flavors and development of mouthfeel. You aren’t looking for a pressure cooker seal.

Some argue that a Dutch oven must, by definition, be made of cast iron. In actuality, there are many solid aluminum Dutch ovens on the market now. These aluminum “Dutch pots” are popular in the Caribbean, but aren’t used as widely the best cast-iron Dutch ovens because they are quite reactive, do not function on induction and have a slightly lower melting point. Beyond these two options, you should be wary. Don’t entertain any Dutch oven that is light and thin, as it will lead to uneven cooking, may scorch your food and will break down quickly.

Ultimately, the most notable decision you will make regarding material selection is going to be the finish. Though the term Dutch oven is applied broadly, technically, any of these weighty pots with an enamel coating are French ovens. The cast-iron Dutch oven predates the development of the French oven, which came about when French companies began to apply enamel to the interior of the cookware to help ease contents’ tendency to stick.

However, not long after this differentiation was introduced into the market, manufacturers determined that consumers were confused by the categorization. So while you’ll find some enamel-coated Dutch ovens labeled as French ovens, this will not always be the case. Outside of personal preference, you don’t need to fret over the decision to use a Dutch vs. French oven; the best cast-iron Dutch ovens, coated or uncoated, will have you covered for almost any recipe.

Personal preference is really going to guide your decision between an enameled and unenameled Dutch oven. But how is someone new to Dutch oven-cooking meant to come to said personal preference? Consider the following: Uncoated Dutch ovens are generally cheaper, so if price is your key concern, those are a good option for you. You’ll need to season your uncoated cast iron[link to THD seasoning guide] but this can be done without breaking a sweat.

Enamelware is typically more expensive because of the ease of use it offers. When applied in a light color, it will guide you through the browning process. Enameled pots are also a safer bet because their coating helps eliminate reactivity between the metal and acidic foods. With an enamel-less pot that isn’t coated properly, acid can strip its seasoning, allowing metallic flavors to creep into your dish. Enamel finish is also ideal for deglazing thanks to its slick finish, which quickly releases those coveted brown bits stuck to the bottom of your pot.

Once you’ve identified your ideal pot (Is it enamel or uncoated for you? Circular or oval? And just how big?), it is important to understand how to care for your Dutch oven. Remember, this is a piece of cookware meant to last you a lifetime.

First, avoid dry-cooking anything in your Dutch oven. This merely means that when heating, you should add a bit of liquid or fat (oil or butter) to the bottom of the pan. As we’ve reviewed, enamel-coated options are very durable, and even dishwasher-safe. Nylon brushes are fine, too. Just make sure to let the pot cool before you wash it to avoid shocking and damaging the enamel.

Uncoated options, on the other hand, require a slightly more delicate hand. Following everyday cooking, you can use a spatula to pull food bits from the pot and then simply give the interior a good wipe with a towel. For stickier messes or more considerable buildup, hot water and a bit of salt are a great cleaning combo.

Never soak your cast-iron Dutch oven, and dry it off immediately after cleaning. We also recommend following any water contact with an application of a few drops of oil and a quick massage to protect the pot’s seasoning. Over time, this oil addition will build to a slick, protective surface that requires less and less cleanup and care

By heeding these words of advice you’ll find it easy to select, maintain and understand how to use a Dutch oven that will offer great cooking for a lifetime and longer.

The Best Oven Mitts and Pot Holders to Protect Your Hands

The Best Roasting Pans for Cooking and Broiling

The Best Measuring Cups & Spoons for Your Cooking Tasks