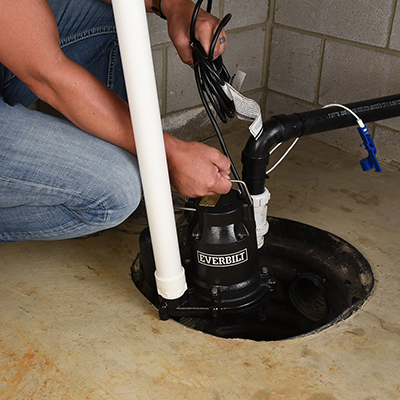 When your home has a sump pump, you want it working to keep rainwater out of your basement or crawl space. If your sump pump is failing and you need to replace it, it’s a DIY job you can handle yourself.

This guide teaches you how to tell when your sump pump is broken or wearing out. In addition, it talks about sump pump horsepower and choosing the correct motor size. You'll also learn how to replace a submersible sump pump.

Note: Contact your local building code authorities if you’re digging a sump pit for a new sump pump installation. You may need a permit. Codes govern what standards you need to follow in your region.

Is My Sump Pump Failing? 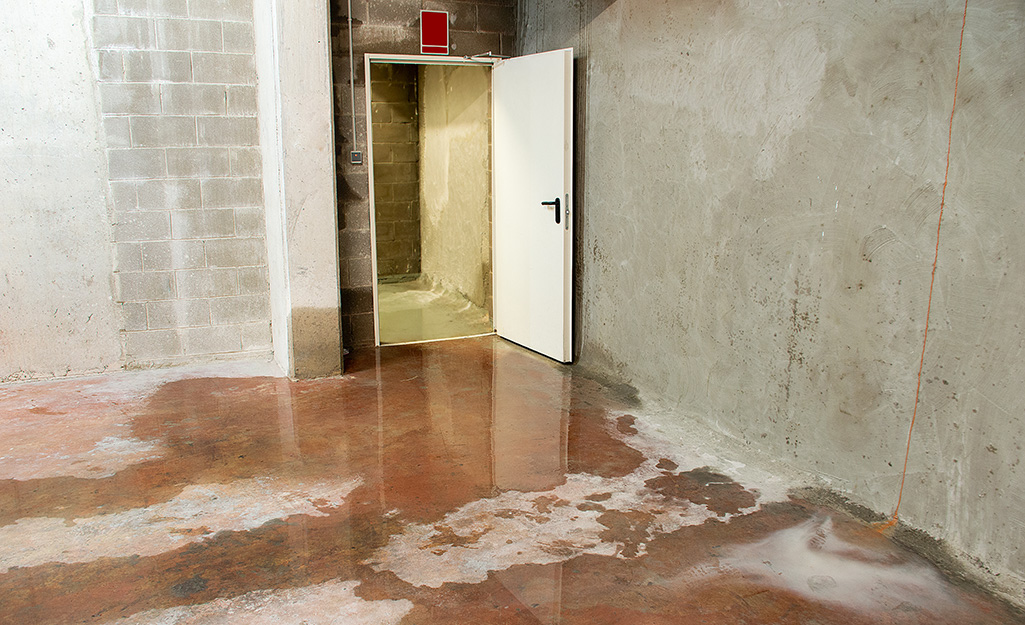 When you have a sump pump in your basement, it’s important to keep an eye on it. Regular observation is key to catching problems before they worsen:

If the sump is running more often than usual or the pit is overflowing, it may be time to replace it. Another clue to a failing sump pump is the sound it makes. When your sump pump is suddenly loud, screechy and sounding like it’s struggling, it’s likely on its last legs. Swap out your sump pump for a new one before it stops functioning completely.

Another reason to replace a sump pump is a motor that’s overly strong or weak. The pump should match the amount of water it handles. A sump pump with too little power means you’re still susceptible to flooding. Too much power means a pump could wear out faster than it should.

Your sump pump should cycle on and off, not run continually. Adjust the float switch higher if the pump is cycling too much. Free a jammed or stuck float switch so the float can move easily again.

If your sump pump still runs all the time, the problem might be one of these: 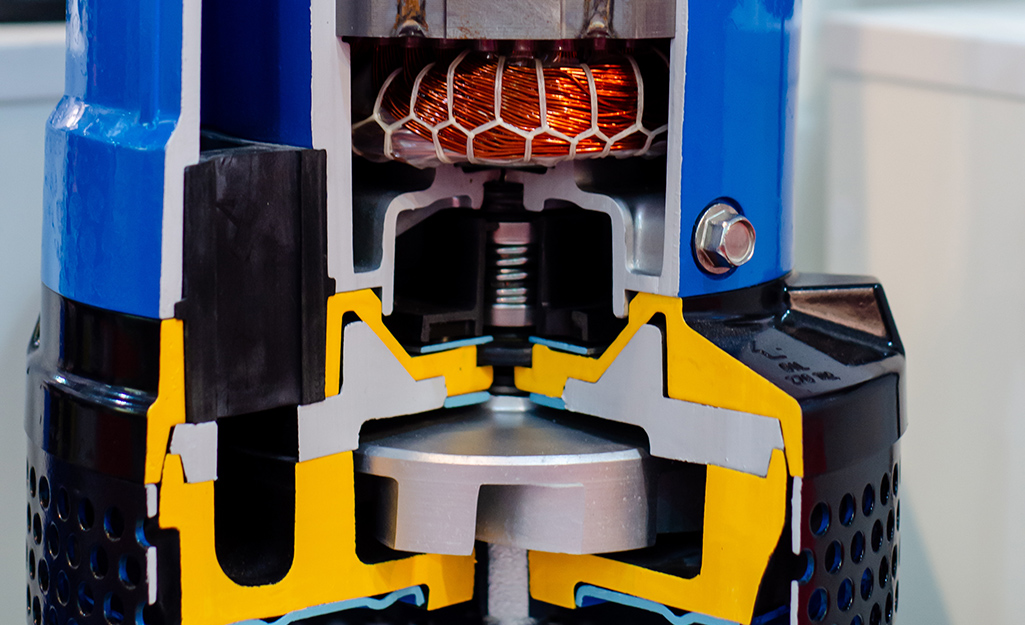 It’s important to find a sump pump that has just enough horsepower to handle the water it receives. Choose a pump that can handle normal rainwater and the occasional storm. This depends on the terrain, climate and drainage where you live. Observing how your current pump works can help you pick a new one.

In general, a 1/3 horsepower submersible pump is fine. Should your home be in a floodplain, you’ll need a stronger sump pump. A sump with a 1/2 horsepower motor is likely enough to handle the extra water. Replace your sump pump if the motor doesn’t have the ideal strength for the water flow on your property.

A motor with high horsepower might run your sump pump too often for your drainage situation. A constantly running pump is prone to burnout. It will wear out faster than it otherwise would. Switch to a smaller motor with less power.

A sump pump that is too weak won’t completely rid the sump pit of water as much or as fast as it needs. It can be more cost effective to buy a smaller pump, but it may not do the job. If the water isn’t pumped out of your basement as quickly as it should, your flood risk is still high. Get a stronger sump pump to prevent basement flooding. 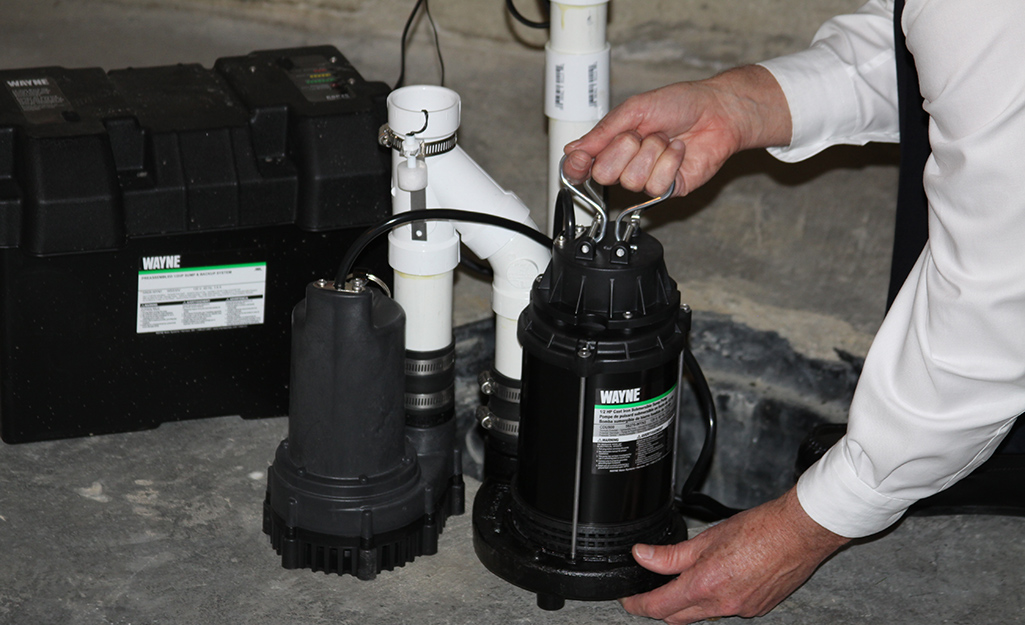 The two main types of sumps are submersible and pedestal. Battery backup sump pumps are excellent during power outages, but they’re generally not primary sump pumps. The pump doing most of the work will likely be a submersible or pedestal sump pump.

Pedestal sump pumps have the motor above the waterline. They’re also known for these characteristics:

A submersible sump pump has the entire operation underwater. Their advantages include the following:

Battery backup sump pumps are important if your home is prone to power outages during thunderstorms. 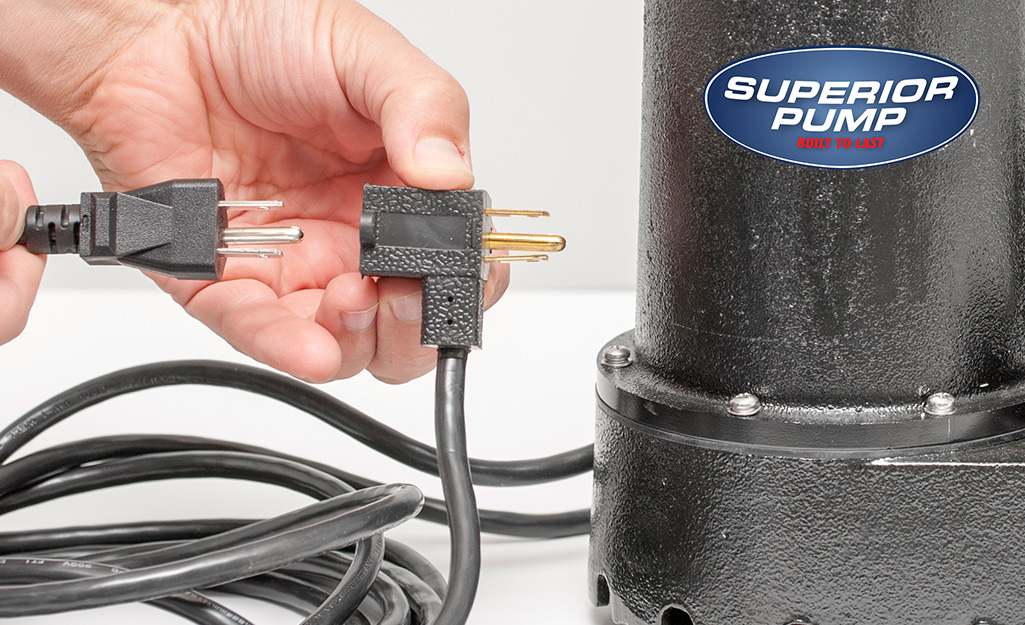 To replace a sump pump, take out the existing one first. This is easier when there’s a low water level in the pit: 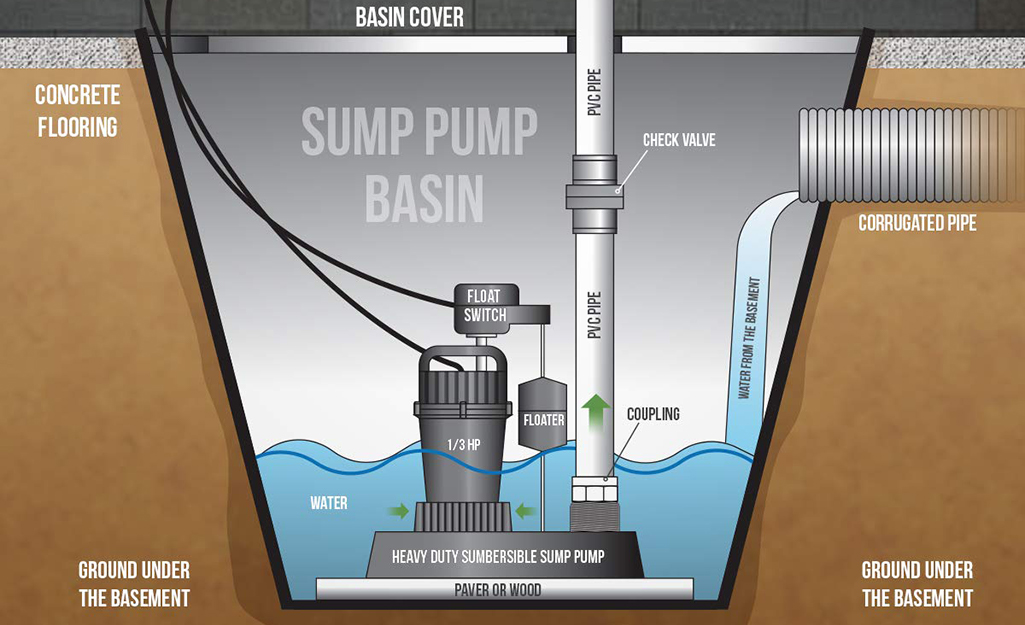 Next, center and align your new sump pump:

If you have a pedestal sump pump, the pump will be in the water, but the motor will be hanging above it. Follow the manufacturer’s instructions for proper installation. 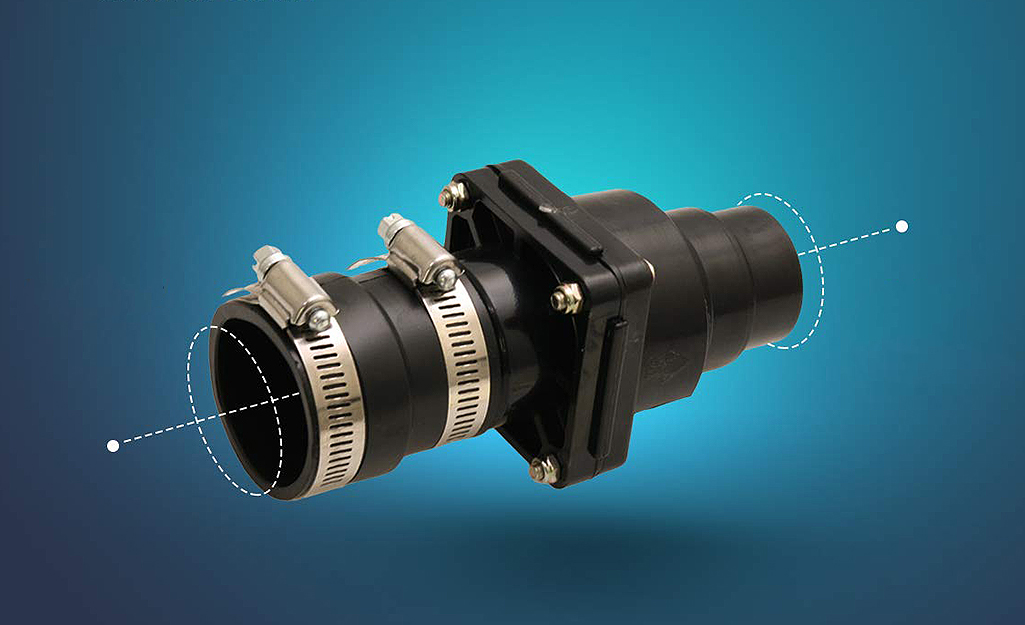 If the old pump and the replacement pumps are an exact match, swap the discharge pipe to the new pump. Make sure there is a check valve for best results with your sump pump.

A check valve in the pipe allows the water to only flow one way. It won’t let water go backwards into your pump when it’s not running. If your new sump pump doesn’t include an integrated check valve, consider adding one. It also improves the sump pump’s lifespan.

If the old pump and new sump pump are not exactly the same make and model: 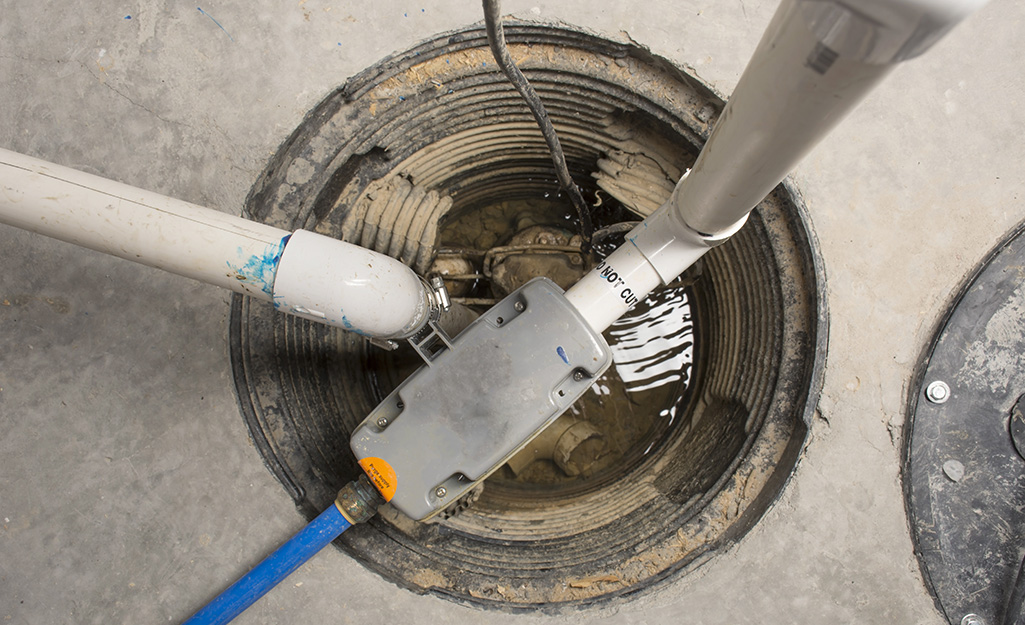 Once all the pieces are attached, turn the electricity back on: 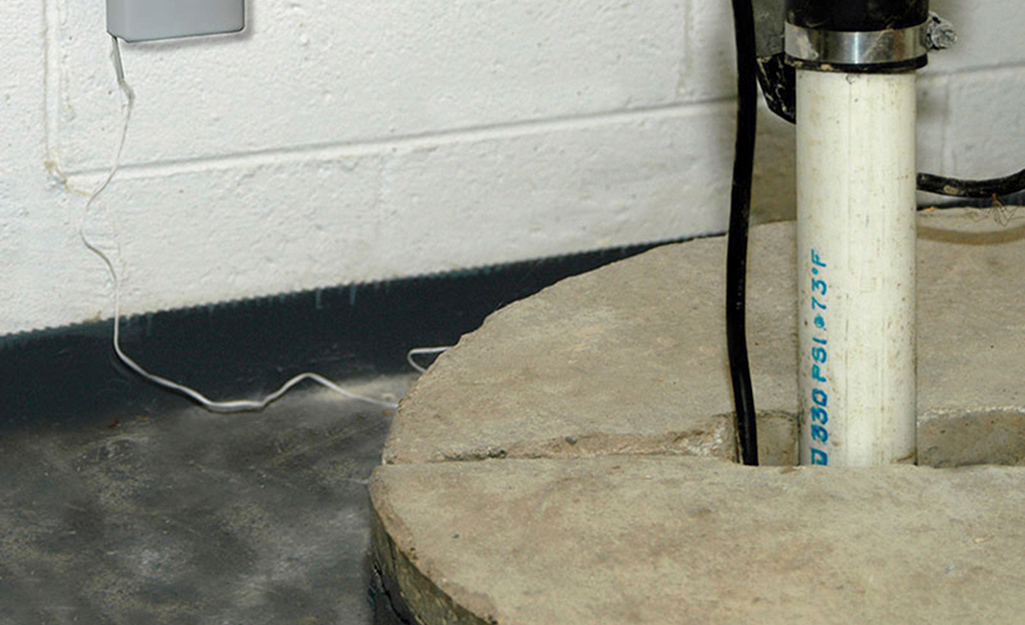 Once your sump pump is working, it’s best to put a lid on the pit. Cover the water basin with a custom sump pit cover that has a cutout for the discharge line and wiring. It helps lessen motor noise for submersible sumps. It also keeps children, pets and bugs out of the sump pit, no matter which pump type you have.

Now you can rest easy, knowing your basement has a sump pump to help it remain free of flooding. Finishing your basement might be the next step, and we’ve got what you need to make it happen.

Need help identifying a tool or material for replacing a sump pump? Find products fast with image search in The Home Depot Mobile App. Snap a picture of an item and we'll show you similar products. 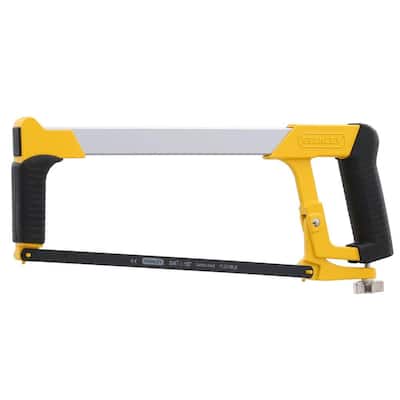 Stanley12 in. High-Tension Hack Saw with 10 in. Mini Hack Saw 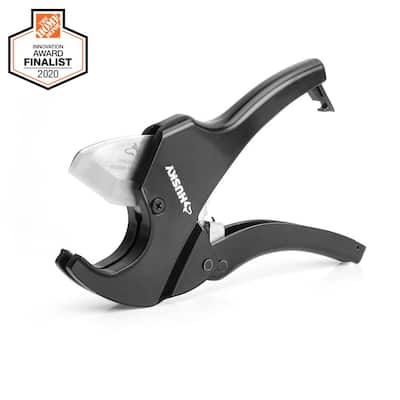 Best Sump Pumps for Your Home

How to Prepare for a Flood

How to Clean Up After a Flood

When to Replace a Water Heater