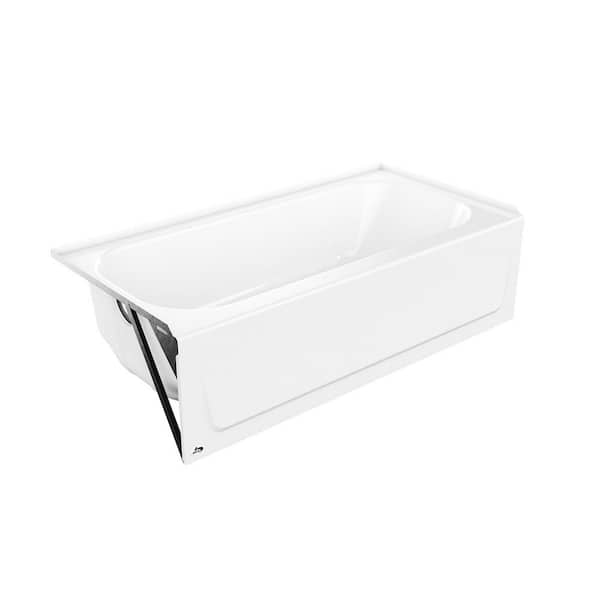 The Mauicast 60 in. Soaking Tub helps you soak away the day's cares with its integral 35 degree lumbar support and insulated backing that offers great heat retention to help keep your water warmer longer. The Mauicast is over 2 in. deeper than other steel tub in the market. The porcelain finish is non-porous and easy to clean and the built-in leveling support pad to help make installation easy. Mauicast offers the qualities of cast iron, without the cost and weight.

With its functional design and KOHLER styling,With its functional design and KOHLER styling, the Villager is our most popular bath. The integral apron allows for quick installation, and the bath's durable KOHLER Cast Iron construction ensures years of beauty and reliable performance. This model features a left-hand drain.See Full Product Description

The American Standard Princeton 5 ft. BathtubThe American Standard Princeton 5 ft. Bathtub in White is durable and comfortable. It is lighter in weight than cast iron, but still top quality. There is an integral apron that makes it look good and is functional. The tub includes a polished chrome bath drain to be used in the left hand opening.See Full Product Description