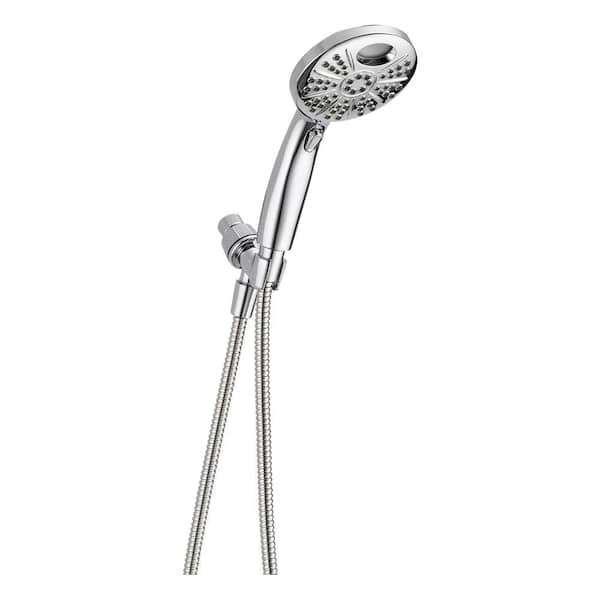 For an easy way to update your bathroom, look no further than this Temp2O 6-Spray LED Hand Shower. Each handshower features a digital temperature display that shows the temperature of your water without the guessing. The 2.0 Gallon Per Minute flow rate provides a steady source of water.

16
Filter by:
Showing 1-10 of 96 reviews
Jan 7, 2019
Leaks
I just instaled this new showerhead and while testing it out noticed its leaking water from where you changexthe spray settings. Returning it back to Home Depot ASAP!!!
by
Jan 5, 2019
Love the water temp display but we have an issue
We also bought this product for our recently renovated bathroom. Like other review, the water feature works nicely, but the button for change of water features is no longer working, stuck on one position. We are not able to change it to any other type of water sprays. Initially we loved the product but now we would like to find out how to fix the problem.
by
Response from Customer Solutions Jan 7, 2019
Hi Franco, I'm glad you love the Delta hand held shower and I apologize for the issue with the mode selector. I reached out to you directly to assist you. Please refer to my email for assistance.