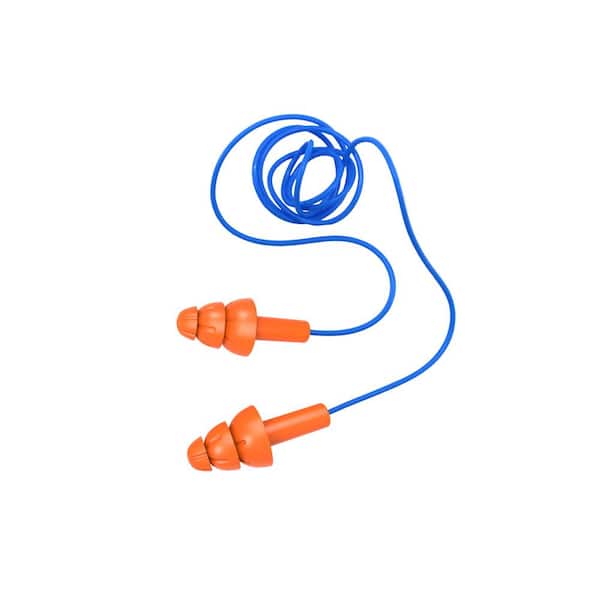 Lightweight and convenient, the 3M BandedLightweight and convenient, the 3M Banded Style Hearing Protector is comfortable for extended wear and helps reduce your exposure to hazardous noise. The banded style is lightweight and low profile, making these earplugs popular for use with a hard hat and additional safety gear. The soft, flexible foam conforms to your ear canal, providing a personalized fit that helps protect your ears from potentially damaging sound. Whether you're building a deck or working in a demolition zone, protect yourself and your crew with 3M Banded Style Hearing Protectors.View Full Product Description

ReadyMax ZipOuts provide instant hearingReadyMax ZipOuts provide instant hearing protection on your hard hat, installing in seconds with a 3M peel-and-stick adhesive backing. Once installed, the ReadyMax patented tethered earplugs inside the Zip-Out will extend for easy insertion into your ear canals, retracting back into place when not in use. The PermaPlug earplugs provide NRR 25 noise protection.View Full Product Description