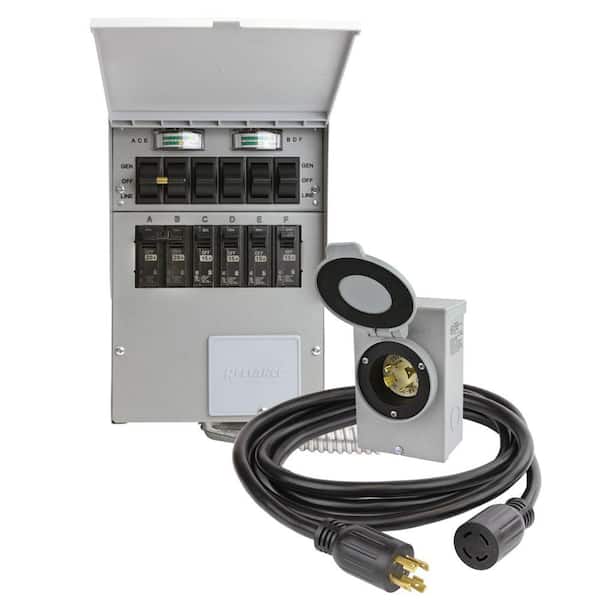 The Reliance Controls 30 Amp 250-Volt 7,500-Watt Non-Fuse 6-Circuit Transfer Switch Kit includes the necessities to make a professional transfer switch installation in a home, office or small business. The transfer switch enables the electrical system of the building to accept the power of a portable generator to run up to 6 single-pole circuits or 4 single-pole circuits and one 20 Amp 2-pole circuit. It allows you to power electrical appliances, devices and lighting during a power outage.