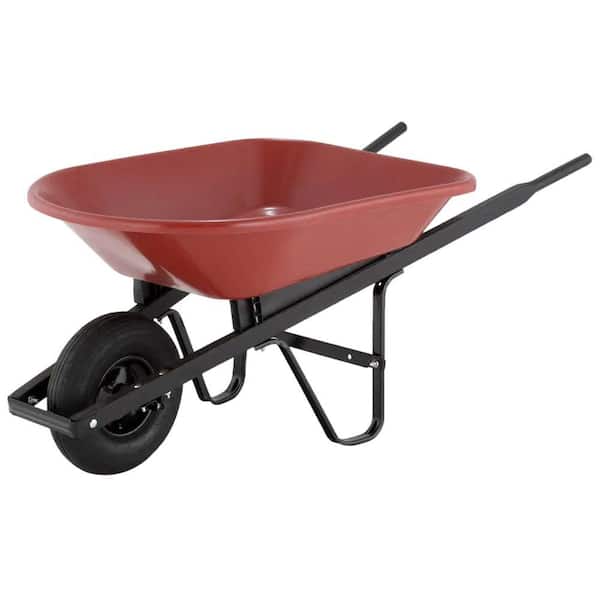 From mulching to general cleanup, this 4 cu. ft. True Temper poly wheelbarrow is the perfect size for lots of jobs around the yard. It's small and nimble for versatile use but large enough to knock out arduous tasks. The lightweight poly tray will never rust and the steel undercarriage is designed to provide years of dependable service.

For anything your yard requires, you canFor anything your yard requires, you can haul it all with this multipurpose cart that gets the job done without the hassle; easily cart wood, mulch, gravel, and soil. Moving around your lawn or garden is made simple with 2 rubber wheels and a handle that allows easy tilting and pulling. The cart's handle is coated with an ergonomic rubber grip for a comfortable grip as you work. A durable construction includes a heavy-duty, powder-coated metal frame, durable plastic barrel, and a 330lb weight capacity. Tip your wheelbarrow for easy storage in the garage until your next outdoor project.See Full Product Description