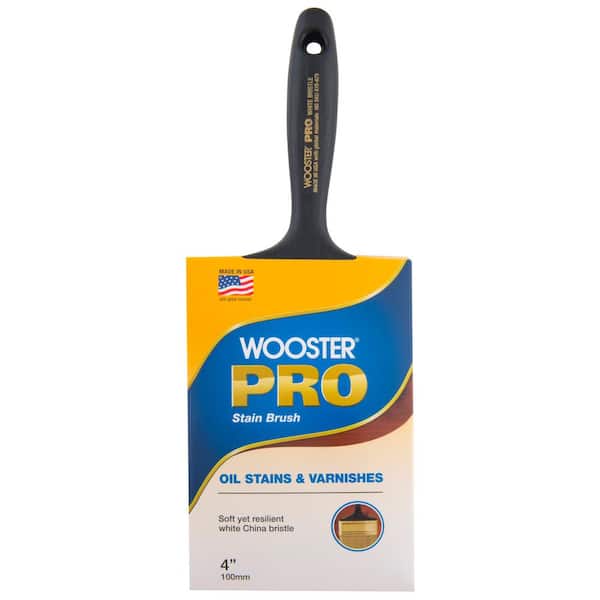 Provides Smooth, Even Results for Oil-Based Paints and Stains

The flat bristles pick up a great amount of paint and stain, applying it to the surface of your choice with even coverage.

The comfortable handle is crafted of durable plastic that won't chip, peel, or warp over time.

Paint with easy precision with this Wooster Pro White Bristle Stain Flat Brush. It features natural white China bristles and natural tipping for long-lasting use and a smooth finish. This flat-trim brush is ideal for use with all oil paints, stains and sealers.

Manufacturer Warranty
Guaranteed against defects in workmanship and materials.

Wooster Ultra/Pro Firm Nylon/Polyester BrushWooster Ultra/Pro Firm Nylon/Polyester Brush boasts a great cut-in edge and high production. With fantastic coverage and masterful cut-in control, it saves painters time wherever a firm brush is needed. Featuring a mix of nylon and polyester, it's truly an all-purpose professional brush for use in all paints, indoors and out. Stainless steel ferrule.See Full Product Description