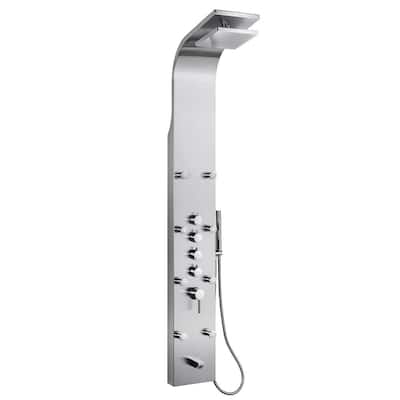 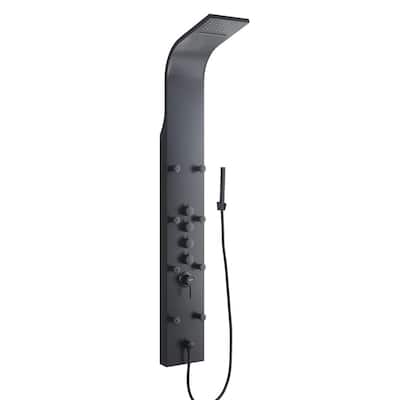 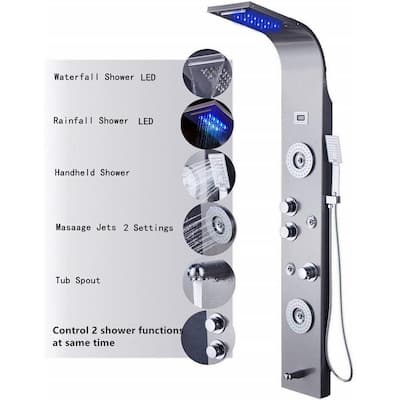 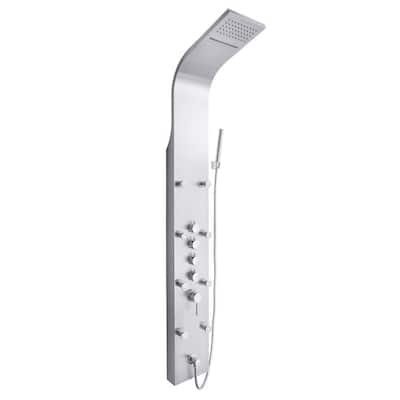 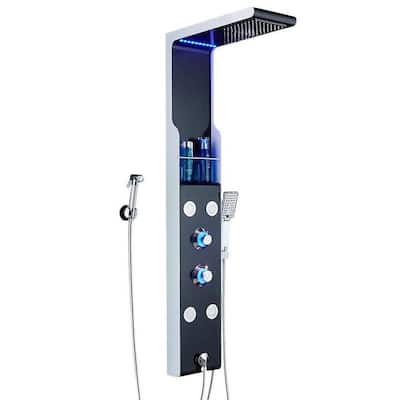 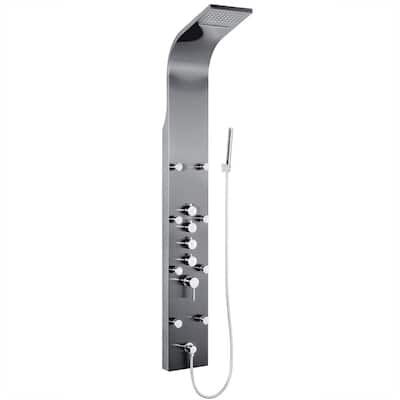 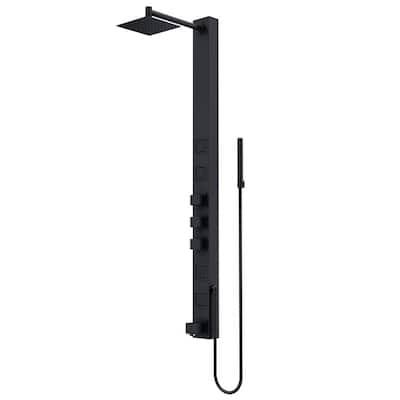 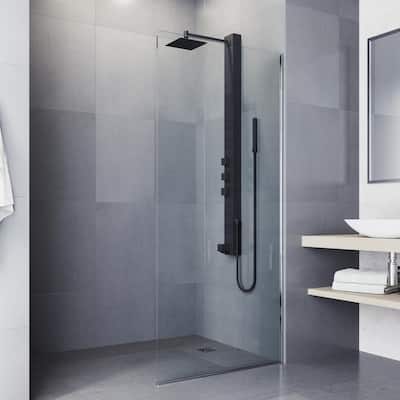 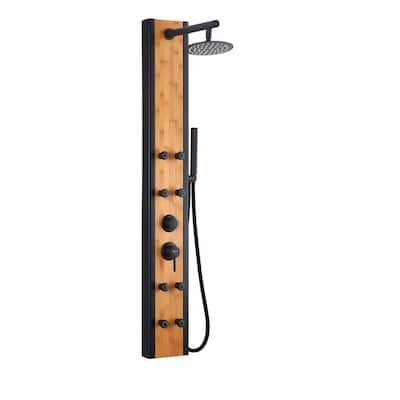 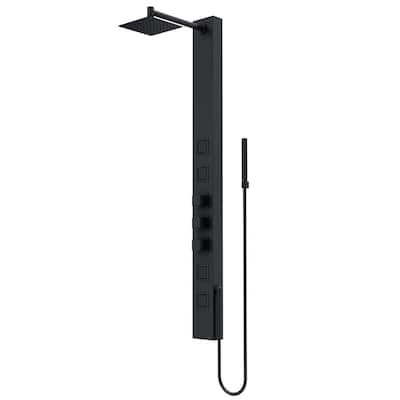 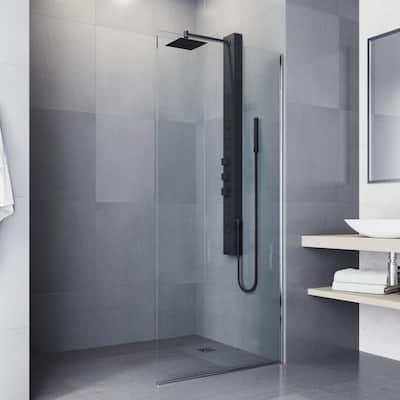 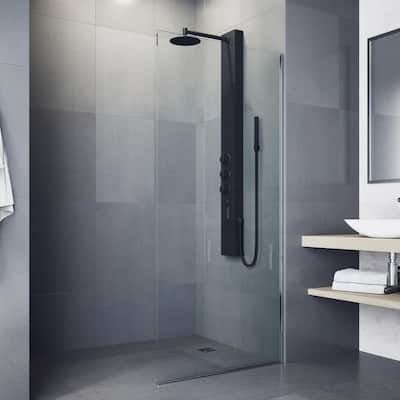 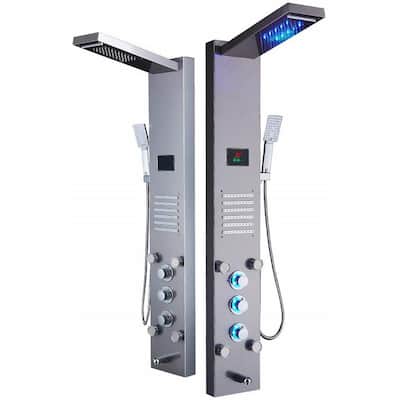 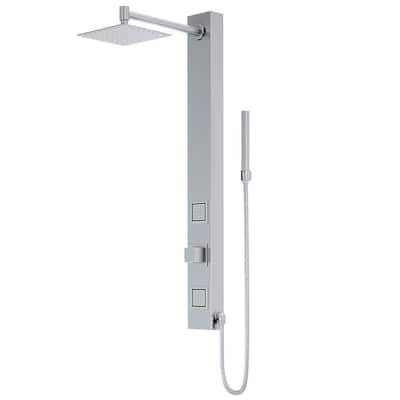 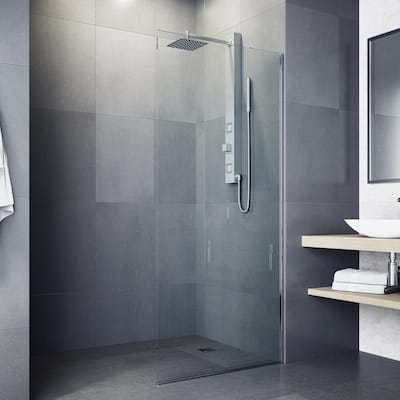 Utilitarian by design and ultra-durable,Utilitarian by design and ultra-durable, our large 65 in. stainless steel shower is fit for a king. 8-high-powered body spray jets provide a relaxing and soothing shower with the added convenience of being angle adjustable. An angle adjustable overhead shower provides a gentle rainfall shower. A matching hand shower with extra-long hose ensure you get to all the hard reach places with ease.See Full Product Description

Utilitarian by design and ultra-durable,Utilitarian by design and ultra-durable, our large 65 in. stainless steel shower is fit for a king. 8-high-powered body spray jets provide a relaxing and soothing shower with the added convenience of being angle adjustable. A wide overhead shower does double duty as a rainfall and waterfall shower for the best of both worlds. A matching hand shower with extra-long hose ensure you get to all the hard to reach places with ease.See Full Product Description

No matter if you are searching for a wayNo matter if you are searching for a way of including more relaxation in your everyday life or you just want a top-quality accessory for your bathroom, the AKDY shower panel is the ultimate bathroom system that will provide with hydro massage and a whole lot of other functions. The reason to purchase this shower system is because it's the shower system you deserve: two shower heads, multiple massage jets, and a waterfall function, all for your comfort during the daily shower. Made from high-end brushed stainless steel with a space gray color and providing 8 different adjustable jet nozzles, as well as 2 shower head functions, this shower is an oasis of relaxation for anyone.See Full Product Description

A rain shower system adds instant luxury to your bathroom. Available in a number of different configurations, these full-body shower systems soak you from head to toe, with features such as an overhead rainfall shower head, hand-held shower and adjustable body jets.

The signature of a rainfall shower system is the specially designed showerhead, which provides a light cascade of water from directly above, just like raindrops. Visit our custom shower guide for tips on finding the perfect one for you. Many shower tower kits also offer a shower panel with high-pressure body jets that both rinse and massage.

Shower panel systems are available in finishes such as chrome, nickel, brass and bronze to help you create exactly the look you want in your spa shower. As an added bonus, rainfall shower heads generally have a low flow rate for better water conservation.

Many spa shower systems can be easily installed in 30 minutes, with no demolition or plumbing required. Kits include mounting brackets that attach to your existing shower wall, and the shower tower panel simply connects to the shower head outlet.

A standalone rain shower head system is also an easy way to add the relaxation of raindrops to your shower, and this video shows how they can be attached to a standard wall-mounted shower arm.