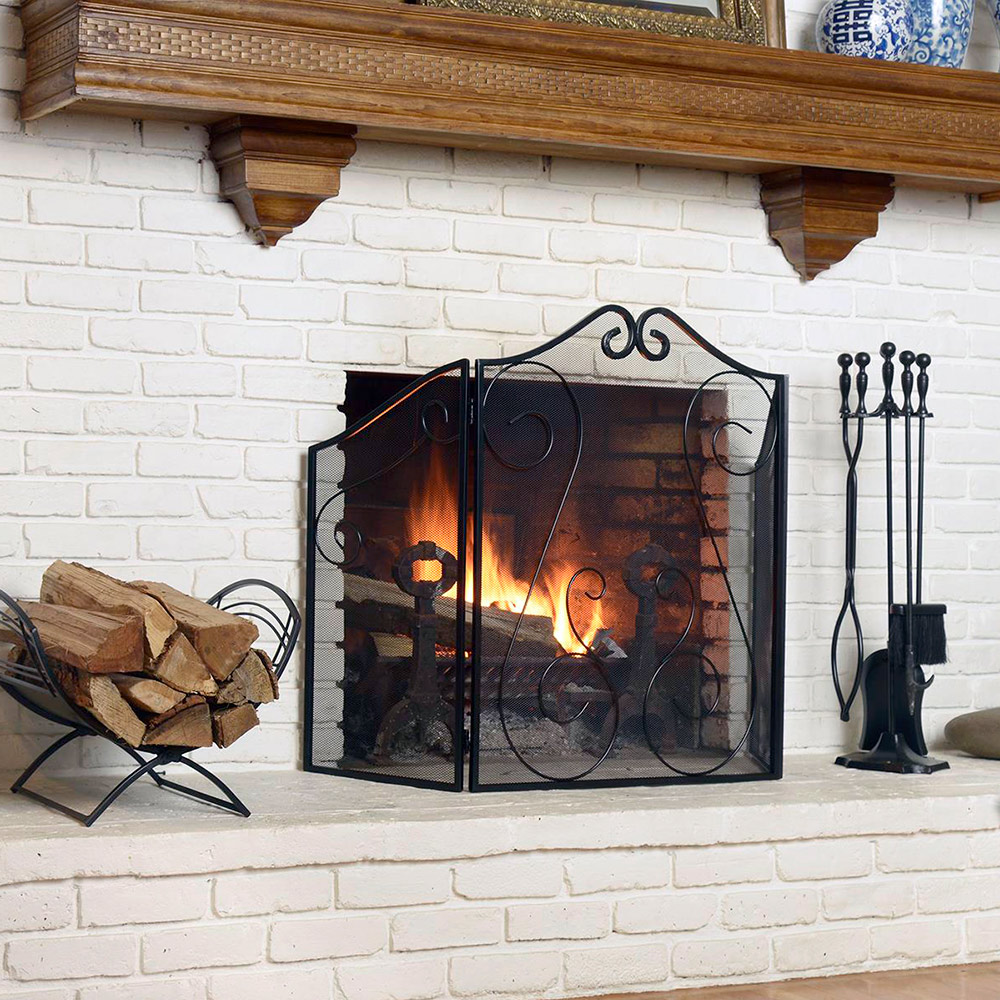 Fireplace screens and other tools look beautiful around your fireplace. More importantly, they protect your home and family. 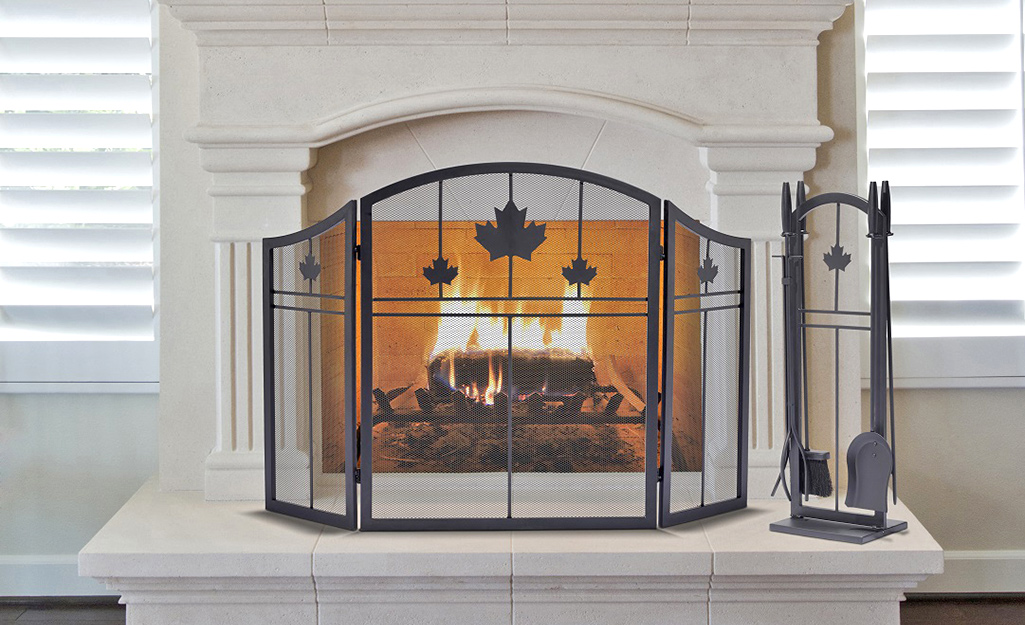 Fireplace screens are one of the most important safety features you can add to your fireplace. Screens keep the flames and popping ash from escaping, while allowing the heat to pass unobstructed.

There are a few types of screens to consider, including three-panel, spark guard, door screens and curved screens.

Door screens, also called two-panel screens, are gaining in popularity because they function like French doors. Both doors swing open in different directions, allowing you to choose the amount of open space in front of your fireplace.

Spark guards are made of one continuous screen that lays flat against the fireplace.

Curved screens are also one continuous screen, but instead of lying flat against the fireplace, these arch from one end of the fireplace to the other. They cover the fireplace opening, but there is an opening in what would be considered the roof or area on top of the screen, which allows more heat into the room. 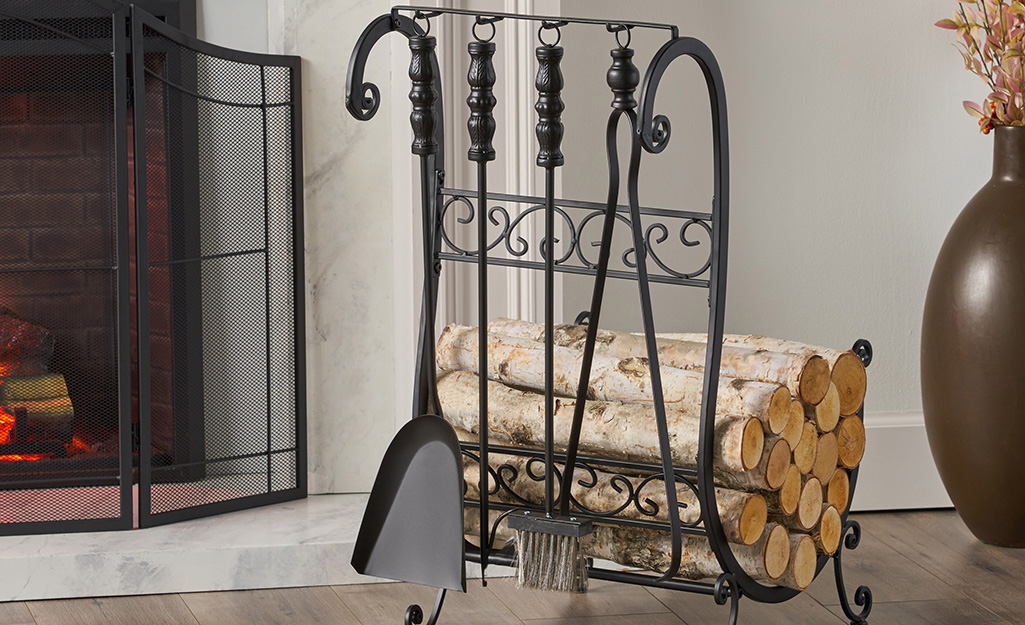 A good tool set will come in handy when you are making fires regularly in your fireplace. Most tools sets include a poker, tongs, shovel, brush and tool stand. 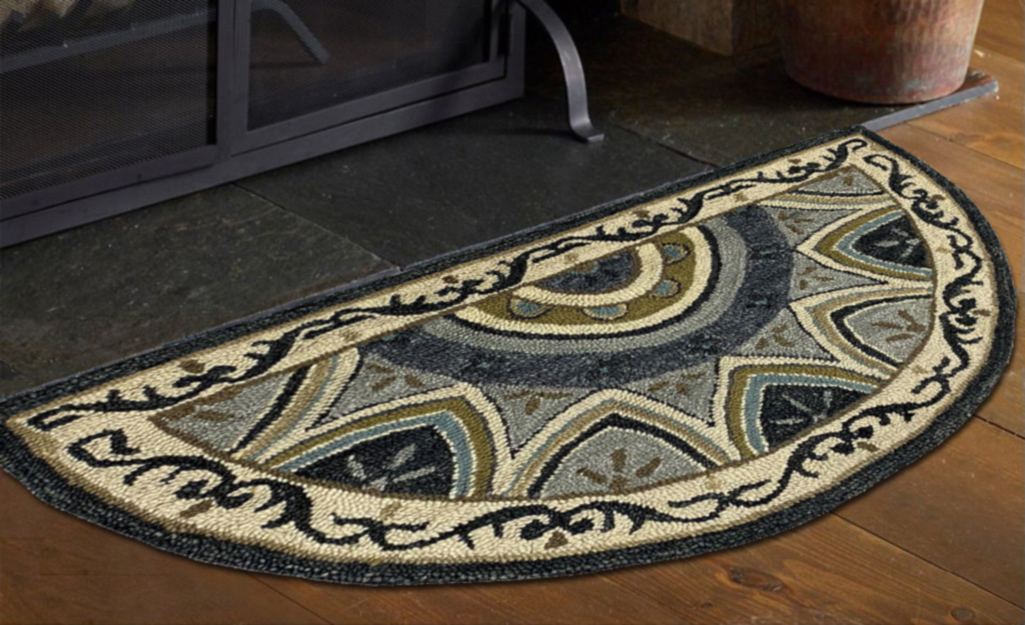 Hearth rugs are designed to protect the flooring near your fireplace. Sparks and embers can jump from the fireplace and land nearby. A fire-resistant hearth rug can keep your floors and carpeting looking their best. The rug's design also works as a safety tool.

A hearth rug comes in three basic shapes: oval, half-round and rectangular. Half-round is the most traditional style, followed by rectangular. Both of these are popular choices because they have a flat edge that can be placed right against the fireplace. This design element offers better coverage close to the hot zone.

Hearth rugs are made of wool, fiberglass or synthetic. There are benefits and drawbacks to each. 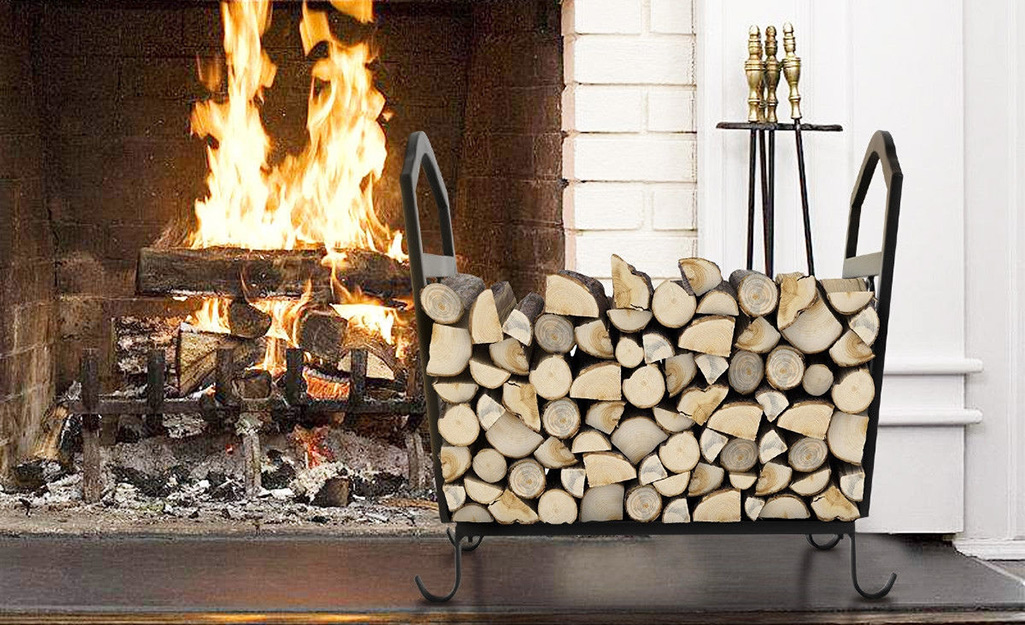 The right fireplace tools and accessories will make your fireplace easier and safer to use. There are a wide range of designs to make sure that the tools beautify the area while they protect it.

Need help identifying a tool or material such as a fireplace accessory? Find products fast with image search in The Home Depot app. Snap a picture of an item you like and we'll show you similar products.

Types of Fireplaces and Mantels

How to Select a Fireplace Insert

How to Choose a Fireplace TV Stand