Types of Fittings for Gas and Water Pipes 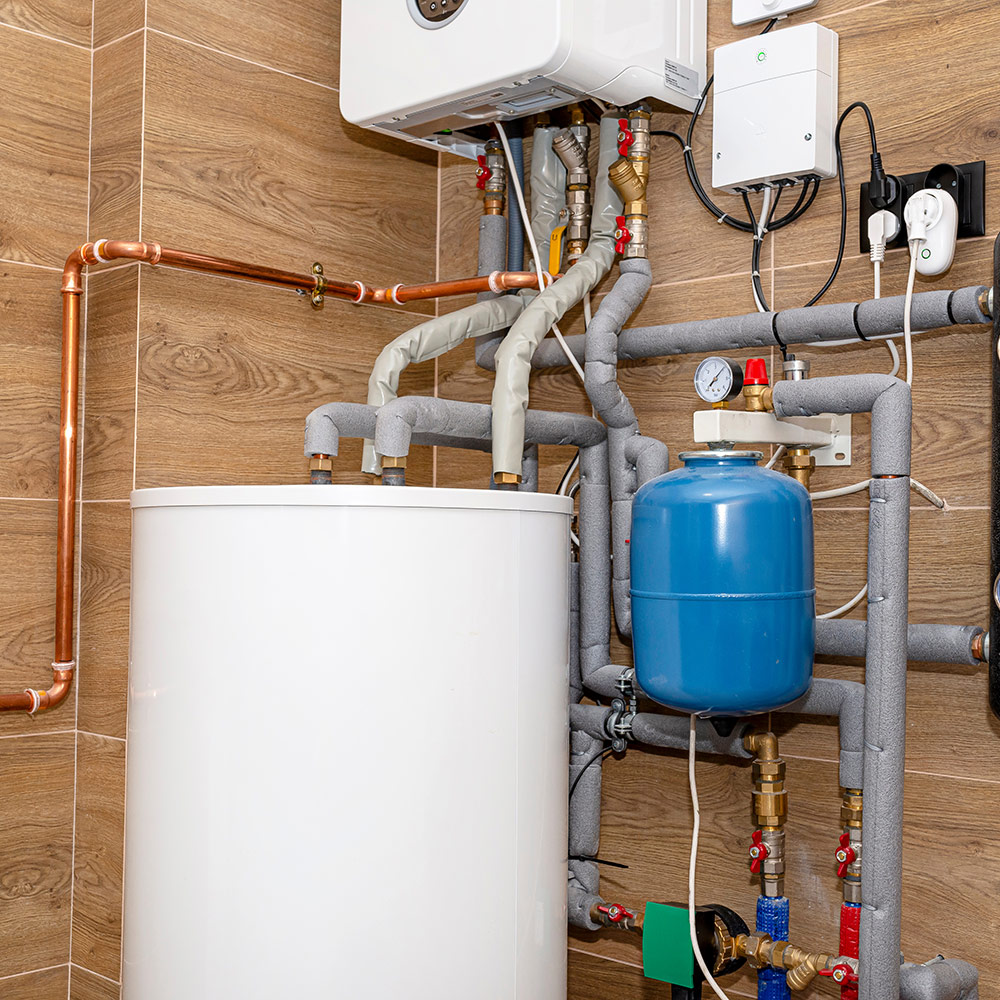 Fittings are essential components in any pipe installation. They play a critical role in joining pipes together and allowing a series of pipes to change directions as needed. This guide helps you determine the types of fittings you need before beginning any plumbing project. 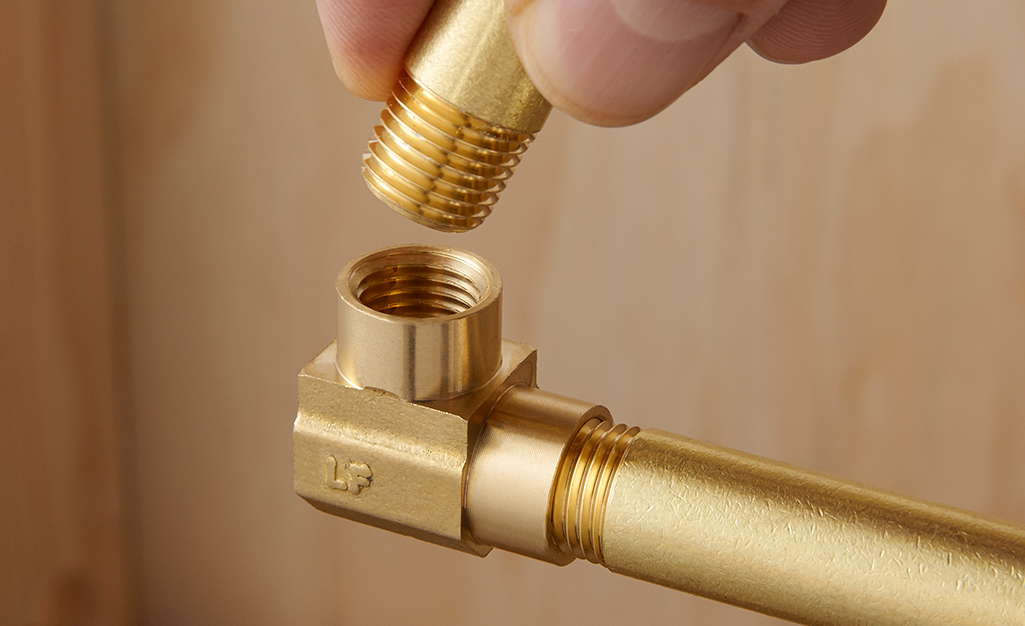 Supply Fittings: Also known as pressure fittings, supply fittings rely on water pressure to maintain flow. They are used above ground to connect pipes that provide water to faucets and fixtures. There are a number of different designs available, each of which serves a special purpose.

DWV Fittings: DWV stands for “drain-waste-vent.” These fittings use gravity to move used water and waste out of your house. DWV fittings alter the direction of waste flow gradually so it won’t get bogged down at any point. They are used with pipes that remove water from sinks, toilets and tubs. They also help in venting the drainage system by removing unwanted and noxious gases from your home. DWV fittings come in a wide range of designs.

Reduction and Transition Fittings: When two different sizes of pipe or pipe made from different materials need to be linked, special fittings are required. Reduction and transition fittings share similar designs. Reducer elbows, tees and wyes have one end that’s smaller than the other, allowing for the transition from one pipe size to another. They feature two female ends. Bushings function in the same way as reducers, but feature one male and one female end. Reducer couplings connect smaller diameter pipes with larger ones while transition couplings link copper or steel pipes to plastic ones. Some reducers reduce pipe more than one step in size. Dielectric unions are used when making the transition from steel to copper pipes. 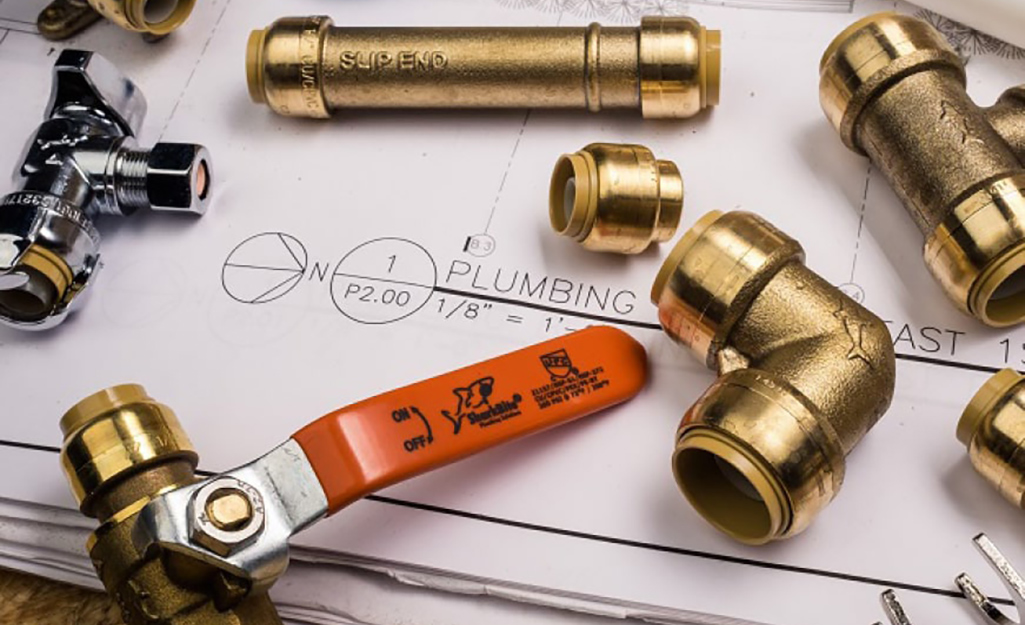 Keep in mind some important keys when installing fittings. 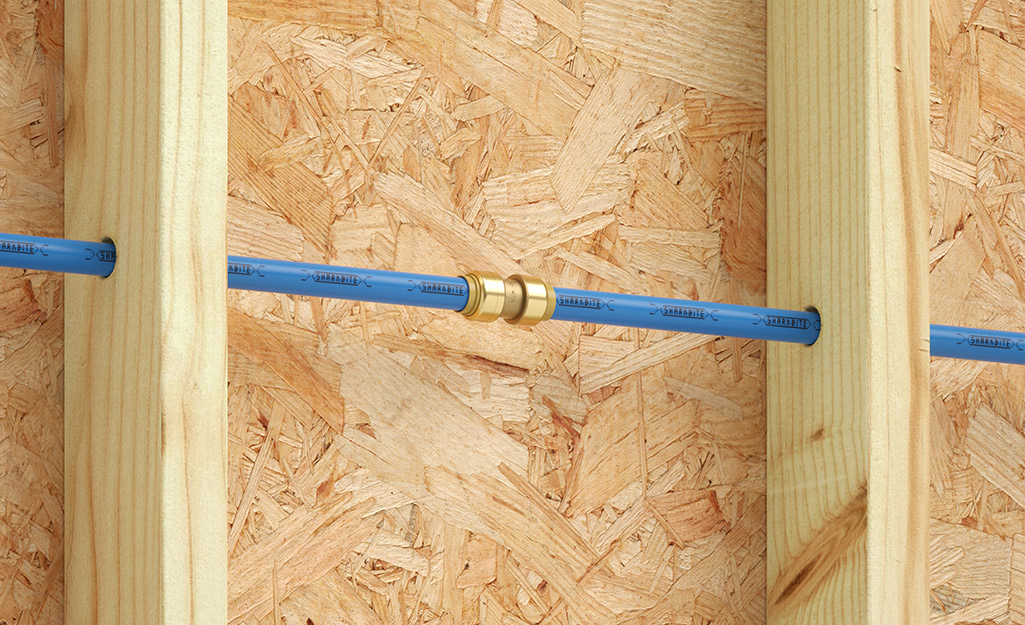 There are many different types of fittings, each with specific benefits. Following are three of the most common types of plumbing fittings.

ABS DWV Fittings use gravity to remove waste and water from your pipe system. This type of fitting is recommended for elbows, wyes, clean outs, P-traps and tees.

Couplings and adaptors are used for reductions and transitions. They link pipes of two different sizes or materials together. This type of fitting is recommended for elbows, couplings, dielectric, unions and adapters.

Supply couplings and adaptors are used on pipes that bring water to faucets and fixtures. They are installed above the ground and rely on water pressure to maintain flow. Use this type of fitting for tees, elbows, couplings, unions, caps and plugs. 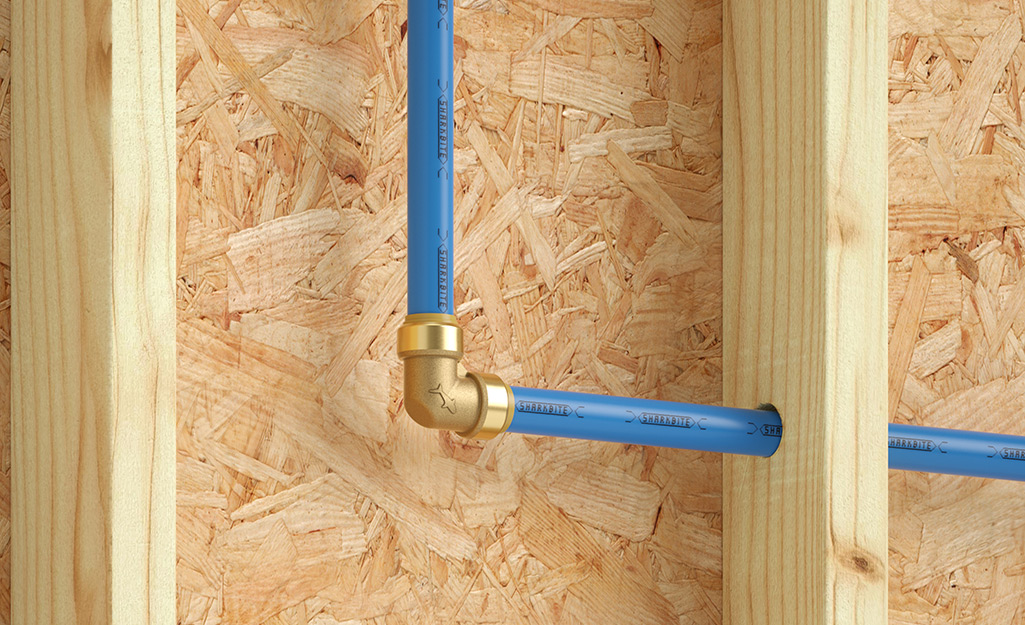 Fittings come with a variety of features specific to the job you are doing.

Underground Rated: If you’re installing a fitting in a pipeline that’s below ground, make sure it’s specially constructed for underground installation.

Plated: Plated fittings offer a shiny, stylish appearance in installations that are visible.

Drinking Water: If you’re installing fittings on a pipeline that carries potable water, make sure they’re made of a material that’s safe for drinking water to pass through.

Swivel: Fittings with swivels allow one or more ends to rotate, making them ideal for particularly challenging installations.

It's important to get the right fitting for your gas and water pipe project. Talk to a Pro, or use The Home Depot Mobile App to find what you need.

How To Solder Copper Pipes

How to Cut PVC Pipe